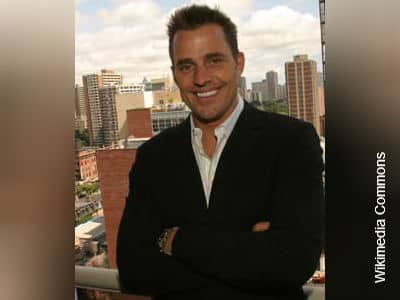 Bill Rancic knew at an early age that he wanted to be successful. He knew that he had to put himself out there and take risks but beyond that he had to be passionate about those platforms he supported. “I’ve been lucky because I’ve been able to do things that I’ve enjoyed and been passionate about. If you wake up in the morning and you have that fire in your belly, then you’re going to be able to make the commitments that you need to be successful.”

“You can’t be afraid to fail. When we’re born into this world, we’re born with only two natural fears – the fear of falling and of loud noises,” said Rancic. “And every other fear is learned.”

Rancic believes that people are worried that they’re going to make a mistake and that’s the biggest mistake of all – not trying. In order to be successful you have to be willing to walk out on the plank and make sacrifices. Success will not be awarded to someone who isn’t willing to take the bad with the good. No one whose succeeded has never not failed. In fact, failure helps craft us into the people that we will be in the future - making us stronger and wiser.

Recently, Rancic has partnered with Verisign to celebrate the 30th anniversary of dot com. The partnership is just one more way Rancic has continued to expand his business and share his entrepreneur skills with the rest of the world. Becoming a father has definitely enlightened Rancic and his overall business approach. The future and the steps to get there have always been of concern however, becoming a father has put the teaching tools and legacy at hand more into perspective.

“Before then I didn’t think 30 to 40 years down the road. I want to make sure that this young man that I have will be armed with the right tools. Am I going to be able to build a business that he’ll be involved in one day? Or maybe he’ll start his own business,” said Rancic. “I certainly want to do things that are going to have an impact on the world.

Rancic is always asked by people – how do I get started because ultimately it’s the American dream. You look at people that come to America from all over the world and in one generation they’re able to achieve wealth. Rancic believes as long as you have the determination and passion, anything is obtainable.