Tips on Setting Up a College Fund for Your Kids

While many parents are still paying for their own student loans, it’s overwhelming to think that if a child were born in 2015 their tuition will more than likely be up to four times the current price for tuition if inflation stays on the same rate. 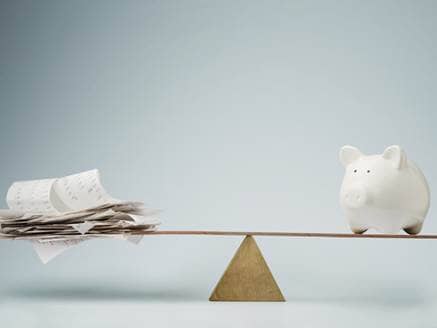 As parents, it’s important to encourage your children to continue to build their future by attending college. A college degree will help children obtain a good job that pays well. According to a study conducted by Sallie Mae, only 36% of middle-income families and 29% of low-income families are putting away money for their children’s college fund. The study also discovered that the average family is planning on saving around $38,953 per child for college however each family will only save around $19,784.

While many parents are still paying for their own student loans, it’s overwhelming to think that if a child were born in 2015 their tuition will more than likely be up to four times the current price for tuition if inflation stays on the same rate. And since most parents are not independently wealthy or have a money tree growing in their backyard, it’s important to take everything into consideration when setting up college funds for your children.

Qualified Tuition Programs (QTP), also known as 529 college savings plan, are becoming widely known and are offered in 30 states. Here’s how they work – A parent would invest after-tax money into the plan, and you’re then allowed to withdraw the funds tax-free for use towards qualified education expenses, such as tuition and textbooks. Each state’s plan offers several investment options, annual fees, and operating costs. There are limits that are lobbied by each state.

Another option that is growing increasingly popular is a Roth IRA because it a tax-advantaged retirement savings account however it can be utilized as a college savings outlet. Users would contribute after-tax money, and investment gains can be withdrawn tax-free after the age of 59 ½. Many parents find the Roth IRA appealing because if their child doesn’t go to college, they can still use the funds for their retirement. In addition, Roth IRAs allow you to take funds out without penalty if you’re paying for a qualifying education expense after five years. The Roth IRA is not state regulated however it does have a blanket clause that limits income and contribution. Single taxpayers earning more than $129,000 per year ($191,000 for married couples) are not eligible, and you can only contribute $5,500 per year ($6,500 if you’re over the age 50).

However, due to the limitations that investment programs have many parents are exploring the options that prepaid college tuition plans offer. The prepaid options allow parents to pay portions of their child’s college tuition now, which in turn locks in the current price preventing any surprise inflations. These plans are also exempt from federal taxes however; parents will have to do some research because many colleges have closed their prepaid enrollment programs due to an influx of participants.

Many credit unions also provide other options that are geared towards helping parents save for the children’s college fund. These types of accounts are usually held by the parents until the children reach adulthood. In addition, these accounts are considered as your child’s assets that they will note when filling out the FASFA. Moreover, many corporations are also providing savings assistance such as the Fidelity Investment Rewards Signature Visa Card – this car offers cash back rewards and will even direct deposit earnings into a Fidelity managed 529 savings account. Other organizations like Upromise also provide money back as a reward for participation with various stores.

No matter how much or when you start saving for your child’s college education remember that it’s never too late. Any contribution is a basis to start on and will help your child out during their journey in college.