The Most Common Tax Mistakes Made

The tax codes are just too complicated for the average person. It can be intimidating, and lead to mistakes that could be avoidable if we had a clue what they mean so it is common for mistakes to be made. 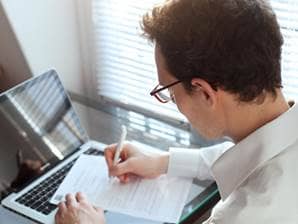 The tax codes are just too complicated for the average person. It can be intimidating, and lead to mistakes that could be avoidable if we had a clue what they mean. The IRS enforces tax laws that are thousands of pages long!

There is a nonpartisan group educating the public on tax policy since 1937. The Tax Foundation is an advocate of changing the tax laws to make it understandable to everyone. Through education, the organization believes we can avoid making mistakes that can lead into a web with the IRS. They have a legal team that focuses on issues like tax rules and transparency. What are the most common mistakes that we make? Failing to sign returns, adding the wrong information, having the wrong marital status, and hiring someone who promises bigger returns, but it is inaccurate—all are culprits.

Taxes keep the economy going and it plays a role in what we buy, don’t buy, and overall influence our way of life. Here are four mistakes to avoid.

Make sure you tell your CPA about life changes. Life changes like marriage, death, or if you have a new dependant, or bought a house all can help you save. LearnVest talked with a CPA regarding all the tax mistakes and shared the importance of communication with your CPA.

Gary Craig said: Maybe your mother has moved in and is dependent on you, or your kids are now old enough to be in daycare. Tell your CPA what’s going on in your life instead of just bringing him a bundle of forms.”

Listing people who are or not dependence is a common mistake. Deborah Schenk is the Editor-in-Chief of Tax Law Review (NYU Law) said in an interview with NPR that she’s seen mistakes made by people.

“I know it’s hard to believe, but I spent many years working in clinics and one of the most common mistakes we saw was that people did not know whether they were entitled to a dependency exemption.” Exemptions like filing jointly, single, separately, or as head of household are other factors to be considered when filing. Keep a record of business expenses so if it comes into question you have a record of all receipts that go back a few years.

If you wrote off a movie during business travel and it is not business related—don’t. You can’t deduct this if it is not related unless you were treating a potential client. People get in trouble with the IRS and you could get audited. Travel, meals, and cell phones are be itemized if it can be proven it is business related. Don’t get in trouble by making personal expenses into business.

Sometimes paying the least and being promised the best return can hurt you in the end. Unless the tax preparer is committing fraud, Jackson Hewitt officer shared on The Huffington Post. “They cannot get you a bigger refund than another preparer can. A good tax return preparer will prepare your return accurately and get you the largest refund you are eligible for — period.”

Be aware of promises from people regarding tax refunds, you don’t want to be audited for inaccuracies. Also, make sure the preparer signs their name on the forms to affirm it is correct. If you’re doing it solo try using tax software to do the math for you.

Most companies stand by their products like H&R Block.

Knowledge is power gather all your information during the year. Start organizing receipts so you’re not scrambling at tax time. Make sure you also have returns from the year before.

Estimate your deductions, and costs to pay for a CPA. Research a reputable preparer, who has an IRS Preparer Tax Identification Number, IRS-e-file, and avoid anyone who bases fees on your return.