The Relationship Between Your Self Worth and Your Money

Occasionally, God had to be very clear in showing me that I had the power to change my financial situation if I changed the way I thought about myself. In my case, I needed to see myself as worth more in the world in order to become worth more financially. 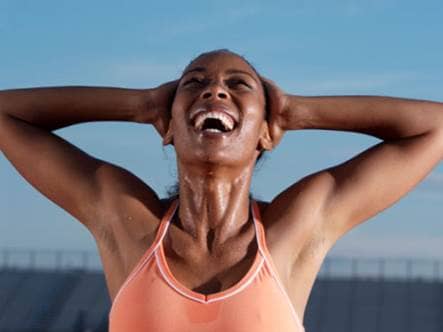 Some years ago I went to see an intuitist who took one look at me and announced, “You have given away all your money.”

“Quack” was the first word that came to my mind. Of course, I had not given away all of my money. But later after I left the woman and pondered what she had said I realized two things: One, she didn’t mean I walked up to strangers and gave away money; and two, I didn’t have any money and was having an extremely difficult time financially.

Still, I forgot about the lady and the message. So occasionally God had to be very clear in showing me that I had the power to change my financial situation if I changed the way I thought about myself. In my case, I needed to see myself as worth more in the world in order to become worth more financially. It took more lessons than I have time or space to mention here, but I’ll recount two unforgettable incidents that hopefully will encourage you to look at how you see yourself and how your vision impacts how much money you have, how you earn it and how you use it.

I am the oldest of seven children and as the oldest, especially after my mother died, I saw myself as “The Mother,” translation: The Caretaker. In my head, the title gave my life value, worth.

One Thanksgiving Eve I decided to drive from Washington, D.C. to my daughter’s newly purchased house in Atlanta to spend Thanksgiving with her. At first I was going to fly since I had found a special $150 roundtrip fare. But then I thought about my sisters and figured some of them might want to see the new house also. Two sisters decided to join me, each taking their daughter. We would split the cost of the rental car and gas.

A week before the trip one of the sisters cancelled. I had already rented a sedan, but thankfully I was able to change the reservation to get a smaller, more economical car. Headed to Atlanta with my remaining sister and her daughter, I was stopped by the police for speeding. The ticket was $150. I was furious with myself and God. After all, God knew I was on a tight budget—and now the trip was going to cost me more than if I had flown, especially since my sister told me she wouldn’t get paid until after the trip.

“If you can front me for all the expenses, I’ll pay you back when I get paid,” she said.

I was so stressed from adding and re-adding all of the expenses in my head that by the time I got to my daughter’s I had to go to bed. In the silence, I asked God, “Why did you let me get a ticket?” The answer was quick. I heard a voice say, “You should have flown.”

What?” I asked. Surely, God would not speak to me like this. But again, a voice said, “You should have flown.” Then it added, lovingly, “You insist on being The Mother. Think about how much this one decision cost you. Now think about how many times you have made decisions like this as The Mother. Imagine how much all of them have cost you.”

I remembered what the intuitist had said about giving away my money. After this incident I tried to pay more attention to decisions I made as “the older sister.” But how we value ourselves is seldom based on only one of our roles. At the time I was a reporter at the Washington Post, which was a fairly prestigious job. But secretly I saw myself as flawed. I did not have a college degree, I had once had a drug problem; I even had a criminal record. Basically, I did not value myself as a woman who had changed her life and made a significant accomplishment.

One day on my way to work a voice said to me, “Ask for a raise.” This idea came from outside of me because I never would have thought to ask. In fact, hearing it made me realize that in my 12 years of employment I had never asked for a raise. That amazed me. Why hadn’t I realized this before?

I did as the voice said and asked for a raise. A few months later I found out I had not gotten the raise. I was furious at God again. In my car on the way to an assignment, I screamed, “Why would you tell me to ask for a raise and not give it to me?!” And quickly again, I received an answer. “Patrice, your spirit grew so much because you asked that this growth will earn you more money than you ever would have received if they had said yes.”

“What?” I asked, trying to comprehend the meaning. The answer was repeated. And I understood fully. Finally, I thought enough of myself and my work to ask for more than I was receiving. To do this meant I had grown substantially, spiritually. I saw myself as worth more-in spite of no degree and a past riddled with mistakes. Indeed, this new knowledge of myself was worth more than the probably $5,000 raise I would have received if the Post had said “yes” to my request.

I never forgot that lesson. Four years later, I thought enough of myself to leave my job as a reporter, believing I had learned all I could at the Post. I was off to discover and fulfill my purpose on this earth. I didn’t think my purpose was to be a reporter, but I was thankful for what I had learned on that job. The most valuable lesson, of course, was that I am worth more than anyone could possibly pay me in a salary. Besides, I was leaving with a promise that just knowing this would bring me more than I would have ever earned if I stayed.

Patrice Gaines is an author, motivational speaker, spiritual counselor and intuitive. Please visit her on the web at www.PatriceGaines.com, on YouTube at TheLightChanneler or on Twitter, @PatriceGaines.com.