The most important title you can hold, and the one worth seeking, finding, and resting in, is Child of God. 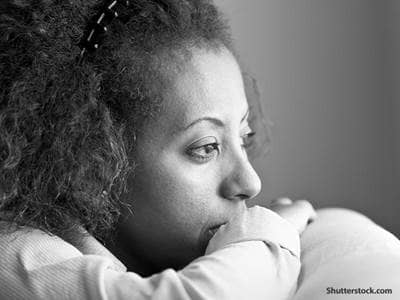 How we define ourselves matters. All too frequently, we squeeze ourselves into little boxes, ones set before us by a corporate society that does not care for the individual but only his function as a unit to make money for others, and we pull the lids shut over our heads. And then we wonder why things seem so dark and stuffy.

I myself have been guilty of this atrocious question, one we use to break ice with strangers, and I call it atrocious because we are so much more than what we do to put food on the table that day.

I should know this. I spent the greater part of my professional life as a stay-at-home mom, a non-position because, while it involves a significant amount of doing a little bit of everything well, it does not pay, and it does not require a degree or license (yet, but give the “experts” and those who seek to control the lives of others enough time, and they’ll arrange an executive order or legislative action).

The Money We Make

Stay-at-home moms are nobodies. So are a lot of other people who don’t do “important” things, and the worth, intelligence, and value of a person is assessed based upon the title they hold and how much they make. That latter is most significant: an unemployed person, who has been looking for a job for months, can write wretched verse on the side and be called a lazy slacker. Or, he or she can perform wretched verse to crowds and be called a success. The verses are still wretched.

The trap we fall into is accepting the misconceptions of the world around us, an invisible caste system that adjusts to time and culture, but pretty much focuses upon some element of money and/or power as the signature of success. Under this system, a highly prominent somebody descends into instant nobody status upon retirement, unless, of course, he can secure board membership in a large corporation, or a cabinet-level appointment in government. Most of us are not on the list for these things.

“Brothers, think of what you were when you were called,” the apostle Paul tells believers in 1 Corinthians 1:26. “Not many of you were wise by human standards; not many were influential; not many were of noble birth.”

Ouch. But consider the three pregnant words: “by human standards.” Is it such a bad thing to not be wise (canny and crafty); influential (overpowering and greedy) or of noble birth (well-entrenched and doing anything to stay there) by human standards?

Back to the apostle Paul, who by human standards was a rising success because of his noble birth (the tribe of Benjamin), influential position (Pharisee) and ability (“as for legalistic righteousness, faultless” — Philippians 3:6):

“But whatever was to my profit I now consider loss for the sake of Christ,” he continues in verses 7-9. “What is more, I consider everything a loss compared to the surpassing greatness of knowing Christ Jesus my Lord, for whose sake I have lost all things. “I consider them rubbish, that I may gain Christ and be found in Him.”

The Best Title Ever

He actually means this: something about his position in Christ was so valuable, so meaningful, so priceless that it was worth more than the very best that man’s world has to offer.

And what, exactly was Paul’s position in Christ?

“Because you (we) are sons, God sent the Spirit of his Son into our hearts, the Spirit who calls out, ‘Abba, Father.’

In the passage at the head of this essay, Jesus heals a woman who has suffered from bleeding for 12 years, and while we do not know how old this woman is, it’s highly likely, doing the math, that she was close to Jesus’s age, or older (middle aged — like me!).

And yet Jesus, the Son of God, the Savior of the World through whom all things were made — including this woman — called her “daughter.”

She, like Paul, like all of us who call Abba, Father, is an heir of God and co-heir with Christ (Romans 8:17), a distinctly impressive position that has nothing to do with our ability, title, education, connections, or human family name, background, or bloodline.

It is also a position that cannot be downsized, eliminated, taken over, merged, given a pink slip, forced into a retirement, or marginalized. Because it is not conferred by man, it cannot be taken away by him.

What you do, how much you make, whether or not you are between jobs and just what those jobs look like when you have them — these are insignificant when it comes to your actual value as a person. Your value as a human being won’t start when you get hired in a certain place, or when some person in a black robe and a ridiculous looking hat hands you an empty diploma case in front of a crowd of people.

You are a human being, made in the image of God, created in Christ Jesus to do good works (Ephesians 2:10). The most important title you can hold, and the one worth seeking, finding, and resting in, is Child of God.