Astrology has a reputation of being something women are more into, but here is why men should also pay attention. 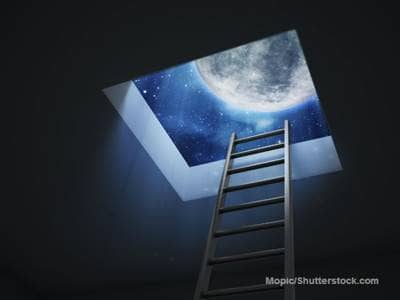 Okay guys, listen up: We have a lot of work to do. Give me a few minutes of your time, and I’ll make it worth your while.

You may have noticed by now that, for whatever reason, women are generally more “into” astrology than guys are. For many men, astrology is kind of a “chick thing.” You know, like romantic comedies or “Sex And The City” — things we men find easy, convenient or even preferable to ignore outright. That, my friends, is a huge tactical error on our part. Don't sweat it though... I'm here to help you out.

In a sense, there really is a Battle of the Sexes going on, and by and large men are ignoring their opponent’s strategies. No wonder we’re doing so badly at it! This is no way to win the game, men!

Think about how many men make a living off of teaching "pick up techniques"... and how many more are willing to pay for such "secrets" (which are really largely a con job designed to boost your confidence, perpetrated by men who largely don't seem to really like women all that much). Now imagine that you could gain the same kind of insights without being a huge jerk about it. Even better: you're getting this time-tested advice from me for free! Win-win, dudes!

Generally, it’s been my experience that men and women really are more alike than they are different…. it’s just that women use slightly different mating strategies. Women enjoy looking for subtle little hints and patterns in a man’s behavior as to whether or not he’s worth the time. And I think the reason why astrology is generally more popular with women than men is that astrology provides vital clues as to what a person is really like … not just right now, but in the long term. And let’s be honest … women are usually a little more focused on the long term than we are.

So, I recommend you guys learn astrology for the following practical, no-nonsense reasons:

I admit it: as a sane and rational human being, I continue to be baffled as to why astrology works. I am fully versed in all the arguments that skeptics make against it, and although I respect their quest for The Truth, the common arguments against astrology are based on common (or even deliberate) misunderstandings about it.

Lots of people have seen the benefits of modern psychology, despite the fact that a lot of it sounds like nonsense, and different psychologists disagree on why it it works or how it should be applied. Think of astrology as a branch of psychology that has not only worked consistently for thousands of years, but can actually predict the future too.

Weird, I know. But I wouldn't be doing this for a living if astrology didn't keep working, consistently, over and over again. Frankly, I'd much rather be a plumber. Being a plumber pays well and only involves getting up to your ankles in sewage, not in people's love lives. Believe me, sewage is a lot easier to deal with.

2. It will help her understand her better, and what to expect when she says she’s a Gemini, or whatever.

All Sun Signs come with certain attributes. Some of those are cliches and some of them aren't -- and not all Scorpios are the same, for that matter -- but knowing those basic traits can make for a useful shorthand to communicate with better.

For example: say you bail on a date with your girlfriend because you'd rather play Grand Theft Auto this evening. You know you can't just say "I just don't want to go out, because I'd rather play Grand Theft Auto." It's much better to say something like "I had a really difficult day and I'm in a bad mood, and as a Cancer I occasionally need time to withdraw from the world and consider my feelings."

See how that works? You not only satisfied that annoying "let's talk about our feelings" thing, you totally got away with bailing on dinner with that boring friend, you didn't even have to mention Grand Theft Auto!

3. It will give you a basis for conversation when you meet a woman. Having an extra one of those is always good. Your mighty tale of car repairs can only go so far.

Of course, not all women are into astrology. But a lot more women than men are into it, and if she mentions her Sign (if it seems like an appropriate time to bring it up), you can impress her with being one of the relatively few men who are familiar with the subject. This sort of thing can be at least as impressive as being, say, a huge fan of "Grey's Anatomy." Also, learning a little astrology is a lot easier (and less painful) than sitting through twelve seasons of "Grey's Anatomy."

4. It will show that you care enough about people to make the effort to understand how they really work.

Trust me guys… I know what I’m talking about. I wrote a whole book about astrology, love and seduction… and so far, women are responding well to it, and buying it. But the tips and tricks available to someone who understands astrology apply to everyone.

Here's a handy example: find a web site that will tell you what Sign the Moon is in today. Find out what Sun Sign your boss is.

You're probably familiar with those Sun Sign guides that tell you that if you're a Taurus, you'll like Virgos and Capricorns but Leos and Aquariuses will drive you nuts. That's an oversimplification, but try this for a while: when the Moon is currently in a Sign that is "incompatible" with the Sun Sign of your boss... all else being equal, you're going to have a more moody and irritable boss that day.

Finally: The most important reason of all why men should take an interest in astrology:

5. Ever notice how many women hang out in the metaphysics section at book stores?

No, seriously. Book store, metaphysical shops, meditation centers... there's a huge untapped supply of single women out there who'd love to talk to you about these things... and you won't even have to pay a cover charge!

There you have it. Good hunting, gentlemen.

Matthew Currie is a columnist for Beliefnet. To read more from Matthew, visit his column Oh My Stars! .