Why We Need Israel

Regardless of where we stand with Israel politically, the small country about the size of New Jersey is important to us in the West and here are the reasons. 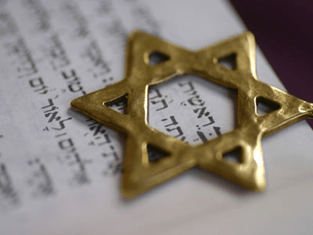 Regardless of where we stand with Israel politically, the small country about the size of New Jersey is important to us in the West and here are the reasons.

In Israel they have civil liberties. The press can disagree and criticize the government like in the US, under freedom of speech and the press.

“All Israeli newspapers are privately owned, though ownership is concentrated among a small number of companies, some of which display a clear partisan bias. Internet access is widespread and unrestricted,” Freedom House reported. Society can hold demonstrations, and express their views without being censored.

We share a lot if the same values in addition to democracy like human rights. The US loaned money to Israel to help the country absorb Jews from the Soviet Union. After a terrorist attack on a synagogue in Demark, Israel approved a plan to absorb all European Jews who wanted to come home. Jews deserve security in every country, but we say to our Jewish brothers and sisters, Israel is your home,” announced Benjamin Netanyahu.

The US and Israel share Judeo-Christian values which has deepened the relationship. While Christianity is dwindling in the Middle East, it’s growing in Israel. Middle East Christians are a minority overall in the region. Israel was an ally to the US during the Cold War, the Gulf War and supporting the nation after 911. Not only has Israel helped the US with intelligence, it helped secure America’s interests in the Middle East. Israel has also helped the fight a shared enemy—ISIS and armed Saudi Arabia with weapons to protect the Gulf of Aden and the Red Sea from terrorists in Yemen.

The US needs a strong friend in the Middle East which shares our beliefs in democracy, and personal liberties. Both countries are fallible, flawed, and not without fault on given policies, but need each other politically, to fight terrorists, and who despise democracy.