Mother Teresa continues to be recognized as one of the greatest humanitarians of modern times. Here is why she remains culturally relevant and what we can still learn from her. 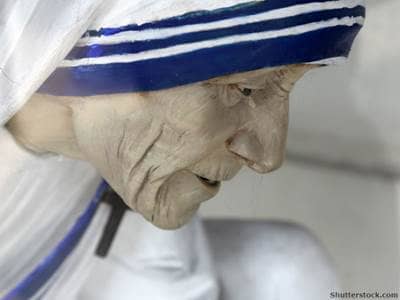 Most of us know Mother Teresa as a humanitarian –a woman who was good to the poor who was selflessly committed to helping those in need. While Mother Teresa has not yet been canonized, she is regarded by many, particularly in the Catholic Church as a Saint. But when it comes to highly-regarded figures in our society, especially after their passing, it’s easy to lose sight of their mission and continued relevance. The impact Mother Teresa made during her earthly ministry is profound. Here is why she still matters today.

Let’s start with her mission. Helping the poor. While we may gloss over the impact ‘helping the poor’ has, especially because we hear it so frequently associated with Mother Teresa and other humanitarians, it’s important to remember who she was actually helping. The poorest of the poor. She wasn’t just talking about giving back, or pretending to care through words or donations. She was on the ground, in the slums, encouraging her nuns to intimately coexist with those society casts away. And she really walked the walk, aiding in the mandate of tons of institutions to aid the poor including orphanages, schools and hospices all over the world. These institutions were transformative helping to assist those who needed help the most. Many of these institutions continue to run today. Can you imagine how many lives would be transformed if we were truly committed to helping the poorest of the poor?

We can’t look at Mother Teresa’s relevancy today and not look at her possible sainthood –the idea of her canonization and the thousands who support it. It was only a year after her death when the Vatican began to investigate possible sainthood. During her earthly life, she exhibited qualities and heroic virtues that the Catholic Church found to be exemplary. Then, when we look at her impact after her death, we still see the miraculous occurring. In 2002, the Vatican was able to validate the miraculous disappearance of a tumor in a woman who prayed to Mother Teresa in heaven. After that, 250,000 came to Rome to be a part of her “beautification” as blessed. People continue to believe in the power of her name and the healing that can come even through the mention of it. She inspires us to believe that miracles are possible with God. While a second miracle has not yet been identified to allow her to be canonized as a saint, people are so drawn to the idea of her canonization. She has profound meaning in the church and those who are inspired by her earthly ministry.

We can also look at how her memory has survived. She is not just remembered by Catholics, but non-Catholics alike. And her reputation and fame doesn’t transcend her creeds. In short, she lived up to her hype. It’s been 18 years since she left this world and we are still talking about her canonization and her humanitarian efforts. William Riead’s The Letters which comes out December 4 tells the story of Mother Teresa, shared through personal letters she wrote over the last 40 years of her life.

These letters revealed Mother Teresa in a way many of us are not accustomed to hearing –a woman who felt troubled, vulnerable, who grew to feel a sense of isolation and abandonment by God. When many of us feel like we’re lost on our faith journey, we begin to shift away from God, and in that farness justify why giving back and helping others is empty and meaningless. But Mother Teresa never truly strayed from God. Through her times of challenge and trouble, she was committed to changing the hearts and lives of millions around the world. Despite a 40-year spiritual depression, she continued to be transformed by those around her and transform the lives of those around her. Her life’s works, her political oppression, and her religious zeal all reveal an unbreakable spirit that we should all take time to embrace in our own lives.
Lesli White is a Writer at Large for Beliefnet.com.