Where is the Hope in Ayatollah’s Rants and Contested Nuclear Deal?

It’s hard to find encouragement in a deal that many of us find dangerous, and with Iran Ayatollah Ali Khamenei’s Tweets, uncertainly in the Middle East, and the US bending to Iran’s demands, how can we find any hope? 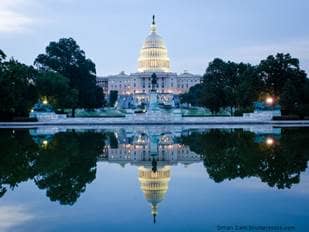 It’s hard to find encouragement in a deal that many of us find dangerous, and with Iran Ayatollah Ali Khamenei’s Tweets, uncertainly in the Middle East, and the US bending to Iran’s demands, how can we find any hope?

Ayatollah's Anti-American rhetoric and threats towards Israel’s security after the recent nuclear deal approved by the White House should be hard to accept for Washington and for allies.

So here we go again.

“Five US presidents since the revolution have wished to see Iran submit to them but they either died with those dreams or are lost. “You will also fail to materialize this dream of making Iran bow.”

#Israel's security will not be ensured whether there will be an #IranDeal or not.

"US pres. said he could knock out Iran’s army. Of course we neither welcome, nor begin war, but in case of war, US will leave it disgraced." "US Govs are supporting terrorist, child-killer #Zionist regime. How can we negotiate and agree with such policies?"

US Secretary of State John Kerry was disturbed by the comments one week after the countries met, “but I do know that often comments are made publicly, and things can evolve that are different. If it is the policy, it’s very disturbing, it’s very troubling,” Reuters reported.

“Death to America” is still being chanted in Iran, and we are seen as the devil. There are people who want peace in Iran just like us, and there are good people like in any country. Many are oppressed by the regime, and when they opposed election time, many were killed or jailed.

According to President Barack Obama, this deal would give us peace, and allow for a better world. Yet, US inspectors are banned from inspecting nuclear sites, and Iran would 24 days to appeal the request.

Additionally, economic sanctions being lifted would give Iran a healthy boost in revenue. We are playing games with our future. You can’t trust Iran, or politicians.

So what can we do?

Hope is important here as we need to not only pray for the people making these decisions, but take action by calling our representatives. Then we need to trust God during this time, we need hope to believe that there will be peace, and the unjustly imprisoned Americans like Pastor Saeed Abedini should be released.

Saeed was jailed after conducting Bible studies in his home. Washington Post journalist Jason Rezaian has been held in prison in Iran for a year.

“We are not going to relent until we bring home our Americans who are unjustly detained in Iran,” Obama said in a recent speech.

Naghmeh Abedini said she was hurt that her husband was not released, but said to look to God to bring healing.

“God, not Iran, will free Saeed,” she told CBN.com.

If this woman who knows her husband has been beaten, and wrongly accused can look to God for peace, and hope—so can we.

This is not the time to become faint hearted, be of good cheer regardless of the news.