What Is It You Really Want in Life?

Instead of thinking of happiness as a feeling, think of it as a state of being. Once you find its presence, you are on the path to a more complete life. 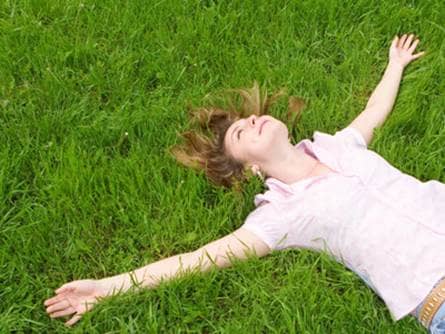 What is it that everyone wants…

Few people find and fewer still know where to look.

Here are some hints:

“We will choose for its own sake,” said Aristotle, “and never as a means to something else.”

Saint Augustine described it as “the most reliable constant in the world; that we not only want this, we want only this.” In fact, he argued, just as we breathe without being aware, we seek this without even being aware that we are.
Some, too, say the suicidal person is actually seeking this.

Know what it is? Of course you do: Happiness.
But what is happiness? And, where is it found?

In his book Happiness,the Buddhist monk, Matthieu Ricard, defines it as “a deep sense of flourishing” and “an optimal state of being” (p. 19).

“Flourishing?” What does that mean?

Is it the same thing politicians mean when they annoyingly refer to “the American Dream?” Is “flourishing” winning the lottery? Driving a Mercedes McLaren Roadster? Or, owning a 25,000 square-foot winter residence in Naples?

Furthermore, what is “an optimal state of being?” Something attained by mystics and gurus and folks dressed up in rust-colored robes?
Or, is happiness something else altogether?
And, even if we could define it, could we ever find it?
And, further still, if we found it, how would we know that what we found is actually it?

“There is no way to happiness,” self-helper’s advise. “Happiness is the way.” Clever. But hardly helpful.

Oh, I get what they mean. Instead of something you achieve, happiness the consequence of a state of consciousness that exists in you already. That you could never find it because you are it already. It is not a goal to achieve but an intrinsic attitude inside you now.
So much for losing the race before the gun is fired.

The real truth is that there is some truth in all these aspects of happiness, implied or otherwise. Which is what makes happiness so illusive, as well as subjective, and why defining it is like trying to capture the proverbial butterfly.If he is remembered at all by you, it is likely as the Founding Father with a wooden leg.  Morris, the Governor from Pennsylvania, was the “Penman of the Constitution” and widely credited as the author of the Preamble to the Constitution:

“We hold these truths to be self-evident, that all men are created equal…endowed by the Creator with certain unalienable Rights, that among these are Life, Liberty, and the Pursuit of Happiness.”

During his colorful life, Morris had many sexual exploits with women, most of them documented in his own diary. While the public was told his left leg was shattered in a carriage accident resulting in the need for the wooden pegleg, most people rumored he more likely suffered the injury after jumping from a bedroom window to escape a jealous husband.

I remind you of this bit of American history not to frustrate the conclusion held by some that sexually-obsessed politicians exist only in these latter days just before the Rapture – something about which the fundamentalist preachers of my youth were absolutely certain – but that, whatever our pursuits...any of our pursuits…be they sexual partners, material possessions, a more prestigious position, or something as simple as the newest gadget in technology are driven by our shared, human desire for happiness. Maybe the reason Morris insisted the Preamble be included in the Constitution of the United States is because, unconsciously, he wanted you and me and everyone else to have the right to purse the very thing that eluded him.

We may never know. What we do know, however, is that happiness is not nearly as illusive as it used to be and there is good research available as to where you and I can find it.
In Part Two, I reveal what science, brain researchers, and the spiritual masters in every tradition are telling us about happiness and where to find it.

Dr. Steve McSwain is an author, speaker, thought leader and spiritual teacher. His books and blogs inspire spiritual seekers around the world. He is a devoted follower of Christ but an interfaith activist as well. He is frequently heard to say, in the words of Mother Teresa, "I love all religions; but I'm IN LOVE with my own." Read more from Dr. McSwain on his blog Your Best Life Now.