What Do Your Premonitions, Dreams and Visions Mean?

Keep your heart open and you can hear the connection you have to the world around you.

When Judy was 10, she dreamt that a classmate who had moved away returned and showed up in her classroom. The next day, this scenario played out in real life. The girl walked right up to Judy and said, “Hi! I’ve moved back” just like in her dream. Police officer Paul dreamt that a call came over the radio of a man who died in a motorcycle accident. The next night, that exact same call came through and Paul was first on the scene. What do these dreams mean? Can they tell us anything? Can we harness their power to prevent tragedies in our own life? And how can we tell the difference between a dream, a premonition and a vision?

Every night when we sleep, we dream. It’s our subconscious mind’s way of processing the day and releasing extra stress. There are common dreams we’ve all experienced such as showing up to an exam late, being naked in public, flying or soaring down stairs. But dreams are just that – dreams. They can give us insight into our anxieties, worries and fears. Dreams also allow our inner most self the freedom to express itself.

Premonitions are different. They feel very real. Premonitions dreams are often in color. The scenarios are presented in chronological order – something that doesn’t often happen in dreams. Premonitions also will center around people or situations we haven’t thought about in years. Amy had a dream that she bumped into a friend from high school named Lucy. A few days later, Amy went for an interview, and the person hiring was Lucy. Amy got the job.

Often premonitions act as a vehicle for information when traditional modes of communication aren’t working. When Amber’s uncle in Hawaii was hit by a huge storm, all the phone lines went down. Amber’s family was worried about their uncle and prayed he had made it through the storm. That night Amber had a dream that her uncle called. “Amber, can you hear me? It’s your uncle. I can’t talk long. I just wanted you to know I am safe. Tell the family.” The next day, her uncle called to report that he was okay just as it happened in her premonition dream. When Linda’s daughter was studying overseas, she would sometimes go days without hearing from her daughter. One night she dreamt that her daughter had fallen down a cliffside and broken her ankle but was okay. The next day her daughter called to tell her exactly that.

A mother’s intuition is a powerful thing. Moms often report having premonitions such as Linda’s. Natasha had a dream that her son had been in a motorcycle accident. Because of her dream premonition, she was able to find him and get him to the hospital in time when he didn’t come home the next day. Many moms report having dream premonitions before they get pregnant with their children. When Rebecca was pregnant, she had a dream premonition that her baby was coming early and because of this she was able to be prepared when she went into labor three weeks before her due date.

Often premonitions are a sign that you have strong intuitive abilities. When Kenya was 13 she had a very specific premonition dream about a man walking up and down the aisles of a liquor store. She watched him as he walked up to the register, pulled a gun and robbed the store. The next day when she was watching the news, she saw that the exact store in her dream had been robbed that night. She is now a practicing intuitive who continues to have premonitions.

Sometimes premonitions occur to warn us. Jennifer reports that she has premonitions dreams before family members die. She had a dream where her uncle was explaining to her that he was ready to move on. He said it was his time to die. He passed away six months later. When Narelle was 19, she was at a party with her boyfriend. He was flirting with another girl at the party, so Narelle asked her boyfriend to take her home. That night, she dreamt that her boyfriend returned to the party and left with the girl he was flirting with and the two had a minor car accident on the way to his house. The next day, Narelle’s friends told her this is what happened. She later found a red stiletto in her boyfriend’s car confirming her premonition dream. Sylvia had a dream that an earthquake hit her office. The next day, she learned she was fired. Premonitions often come to prepare us whereas visions come to show us a glimpse of the future.

Visions tend to take place during our waking state. When Melissa was giving a client Reiki, she had a vision of her client surrounded by doctors who were pulling illness from her abdomen. She told her client about her vision. Later that day, the client was admitted to the hospital for colitis. When Kristin was sitting in traffic on her way home from work one day, she had a clear vision of her car getting rear ended. She even heard the noise. Ten minutes later, the car behind her was rear ended. Because of Kristin’s vision, she was able to pull away from the accident in time.

When Susan met her husband for the first time, she had a clear vision of their future wedding. When Mark walked into work one day, he had a vision of a cloud over his boss’ chest. His boss was diagnosed with lung cancer two weeks later. When Sasha was gardening in her yard, she had a vision of a Labrador retriever running toward her. A few days later, a lost lab ran into Sasha’s yard. If you’ve had a vision like one of these examples, pay attention to them. Sometimes they’re symbolic. For example, Susan kept seeing a shadow around her friend Amy. When she talked to Amy about it, her friend began crying and told her that she’d been fighting depression.

How does this happen and what does it mean? We are all connected. The light force of energy that runs through you also runs through me and everyone else walking on this planet. Like a spider web, the ripple effects of energy can spread far. People who are open to receiving this energy are more susceptible to having premonitions and visions. If you’d like to increase your likelihood of having an intuitive experience, keep your heart open, connect to a source of spirituality and take time every day to tune in and listen to the heart beat of the world around you.

Samantha Fey is an Intuitive, Reiki Master and writer who is passionate about teaching others to embrace their inner psychic. Samantha co-hosts the popular iTunes podcast Psychic Teachers. Check her out at samanthafey.com. 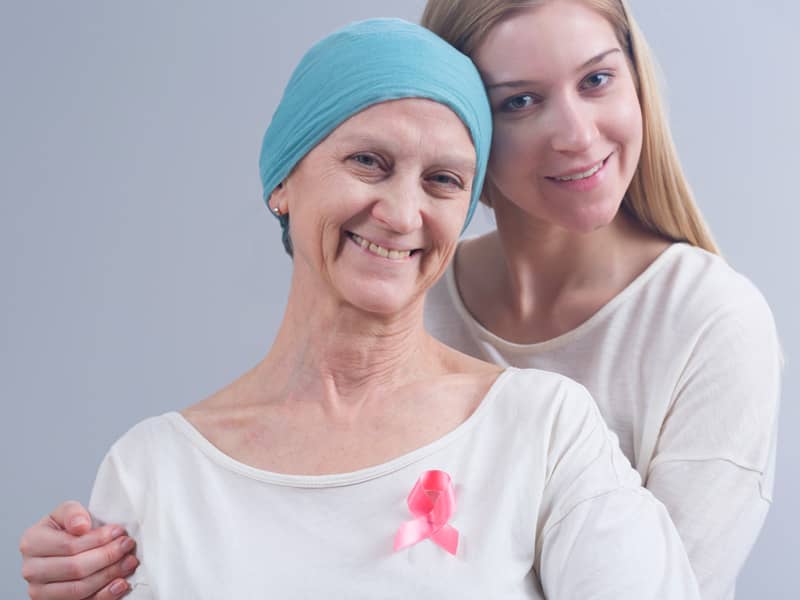 7 Ways to Help a Friend With Cancer

more from beliefnet and our partners
Add some inspiration to your inbox.
Sign up for Beliefnet's Inspiration newsletter.
From time to time you will also receive Special Offers from our partners
Samantha Fey