What a Taxi Driver Taught Me About Faith

I guess what I am searching for, in writing and in life, is to leave with something akin to what that man who drove my taxi possessed: that confidence in self that surpasses my fears. 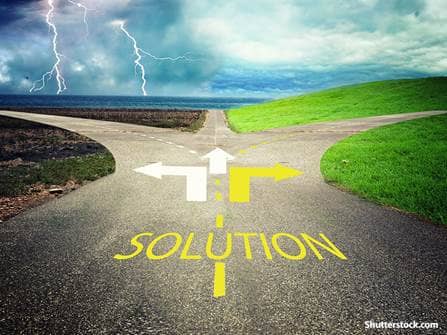 Once, not so long ago, I was travelling in a taxi in Houston and the driver and I ended up discussing God and faith. He was a black man in his sixties, his hair was turning white. I was sitting in the backseat and I only saw his profile: the straight nose, the smiling mouth. He, too, has grown up in the Pentecostal world, but, unlike me, he was still a part of it and he said the wisest, most intriguing thing: ‘What an adventure you have ahead of you, being able to construct God based on what experience has taught you, rather than accepting what you were told as a child.’

He laughed. ‘Yes, my mother tells me I am going to hell. And I always answer that it’s lucky she isn’t going to be the one deciding where I end up! But why would we let what other people told us in our childhood define what God is like? We are adults now. We have the experience of a whole life behind us. Surely, it has taught us something about God?’

As a writer, you have the good fortune of being allowed to explore things of importance to you. I find that, for me, I keep coming back to certain themes; certain issues and questions that disturb me. My biggest one, without a doubt, is faith.

I grew up in a Pentecostal church where God’s love was overshadowed by my fear of him. My God was an Old Testament God: Any doubt or weakness felt like a sin; the restrictions faith brought were the focus, rather than the joys. My mother had had it worse. When she was eighteen years old, she cut her hair and the elders from the Church came to talk to her about exclusion.

There were many strands of the uncanny in my world. There was my grandmother, who always knew when something was up. Even as an adult, she would call me and ask if I’d had problems on certain days, and say, ‘Jesus woke me and told me to pray for you.’ Infallibly, she was right.

When my grandfather was in the hospital, he said, ‘Last night, I saw Jesus walking the ward. If he comes again tonight, I’ll ask him to take me with him.’ He died that same night. When my grandmother was in the hospital some years later, I spoke to her on the phone and she said: ‘Don’t worry, baby. Christmas, I’ll be home.’ She died on Christmas Eve.

The other day, one of my four-year-old daughters said: ‘I so want to go to heaven,’ and it sent the very adult, experienced me off on a complete rollercoaster of emotions.

‘You’re not going anywhere,’ I said.

I called my mother – and she, a very wise and sensible woman, became as worried as me.

They’re ingrained in us, these beliefs, braided in with our very backbones.

And so, in my writing, this is what I keep coming back to, this is what I write: I construct a God who is very human. A God who loves us just as we are, with all our flaws. I write about things which happen that don’t make sense, could not exist, cannot be.

I guess what I am searching for, in writing and in life, is to leave with something akin to what that man who drove my taxi possessed: that confidence in self that surpasses my fears. That ability to make up my own mind as to what is what. The gift of saying: ‘I believe…’

Cecilia Ekback is the author of the debut novel Wolf Winter .