The Courage to Be 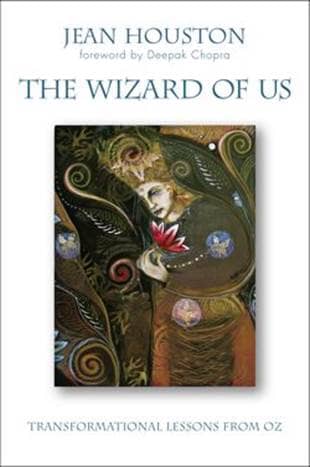 Imagine that you are in Dorothy’s shoes for a moment. Within the first fifteen minutes of your arrival in this mysterious place, you find yourself face-to-face with one of the scariest villains ever seen. This apparently evil witch has appeared in a blaze of sulfur and smoke, and she begins to make trouble. How frightening is this creature? For starters, her skin is green. A very intense shade of green. Unlike the rainbow-colored garb worn by the cheerful Munchkins and the cotton-candy frock of the Good Witch of the North, this furious witch is dressed to impress in flowing, dramatic black. Her laser-sharp focus is zeroed in on your destruction. And obtaining those glittering ruby slippers that are glued to your feet. The witch disappears as quickly as she arrives (and just as dramatically), in a towering column of fire. Heaven only knows when or where the creature may reappear.

Imagine that you have been informed that the only way to escape a horrible fate at the hands of this witch is to travel quite a distance to a mysterious place called The Emerald City to meet with a powerful Wizard who may (but possibly will not) be able to help you find a way back to your own dimension. You are told that you must walk alone along a Yellow Brick Road, without aid or GPS and with no cell phone. And you had better get going before that scary witch returns. Best of luck, kid.

It is very difficult to imagine the kind of intestinal fortitude it would take to stop quivering in those ruby slippers in order to take even the first step along that path of yellow bricks. But plucky little Dorothy from Kansas takes a deep breath, squares her shoulders, and with only a tail-wagging cairn terrier for protection, sets off into an unknown and utterly strange realm of wonders and horrors. Could you do it? Could you skip merrily down that golden path, off the edge of reality, singing with gusto? Or would you run back into your crushed house and lie shivering under what is left of your bed, hoping it will all just go away?

Courage is a major theme of both the book and the movie. Though the focus is primarily on the famous Cowardly Lion and his desire to acquire the elusive attribute, each of the characters on this shared journey displays tremendous courage numerous times, and always in service to others.

Shortly after the freshly oiled Tin Man joins the group, the travelers come to a dark and ominous wood. Their pace slows as they move through this overgrown part of the forest, but they are determined and do not turn back. Dorothy wonders aloud what dangerous animals might lurk in this unwholesome place, and the Tin Man suggests that perhaps the only creatures to fear might be “Lions and tigers and bears! Oh my!” The allies cling to one another even more tightly and press forward.

As often happens in life, that which we resist persists so, naturally, at that very moment the girl from Kansas and her new friends find themselves face-to-face with an aggressive, roaring lion that has lunged forth from behind a rock to attack them. The frightening beast circles and begins to bully the group of travelers with snarls and threats.

The lion chases poor Toto around and around until finally the dog leaps into Dorothy’s arms. The exasperated girl is filled with the com- passionate courage borne of one who cannot stand seeing someone bigger picking on someone who is not his own size and, without thinking, she slaps the lion on the nose. The lion bursts into tears and all of his bravado immediately disintegrates. He is a cowardly lion indeed, afraid of his own shadow, afraid even of the mice in the forest.

Once the girl stands up to him, the lion admits that what he lacks is courage and, like the Tin Man and the Scarecrow before him, he launches into a song that explains his predicament and what he might achieve if he “only had the nerve.”

Feeling sorry for him, Dorothy invites the Cowardly Lion to join the group of travelers. She explains that she and her allies are on a journey to the Emerald City to meet with the wonderful Wizard of Oz to get a brain, a heart, and a way home. She tells him that perhaps the Wizard could help him get some courage as well. The lion accepts this offer and, of course, even though he is afraid, he will eventually leap chasms, battle the dreaded flying monkeys, and proves to be the very model of courage.

What do you think of when you imagine a courageous person? Someone who wades into a dangerous situation selflessly to, say, rescue a child from a burning building? That may be true, but before we go any further, please take a look in the mirror. The most courageous thing you’ve ever done is agree to be born on this planet. Congratulate yourself that you’ve made it to this point in your life; you couldn’t have done it without courage. In fact, you are courageous every time you get out of bed in the morning, put on your clothes, and head out the door. It is a profound job to be here.

For most of us, such attributes as compassion and courage are revealed in times of great adversity, those times when we are tested to see what we are made of. We find out much about our own moral compass when we are given a situation in which we must stand up for ourselves or for others: standing up to a bully at school, standing up to authority, standing up for those less fortunate, and being a voice of hope where no voice is speaking out.

Jean Houston is a visionary thinker, teacher, and philosopher who pioneered the Human Potential Movement during the late seventies and developed the Social Artistry leadership model used by the United Nations Development Group. Over the course of her work, Houston has developed a worldwide network of social leaders, educators, and philosophers such as: Aldous Huxley, Joseph Campbell, Carl Jung, Helen Keller, and Margaret Mead, giving her unique insight into the human potential.

Houston reaches millions of people throughout the year via her teleseminars, lectures, and symposiums. According to Evolving Wisdom, the author is the single most successful teleseminar giver (with the exception of Oprah) in the industry. Houston has worked with UNICEF, the United Nations, NASA, and others. She has written over 26 books in her lifetime. www.jeanhouston.org