The United States victory over the defending champion in Vancouver, British Columbia gave the American’s their first opportunity to lift the world cup trophy since 1999 – making it the third win overall. 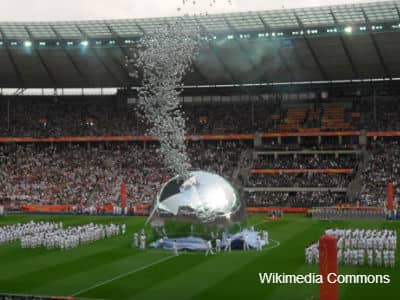 Tears of joy were cried. American flags were draped like capes. And the crowd cheered with sheer and utter happiness as the American soccer team won the 2015 Women’s World Cup with a final score of 5-2.

The United States victory over the defending champion gave the American’s their first opportunity to lift the world cup trophy since 1999 – making it the third win overall. The final game against Japan was a rematch of the 2011 Women’s World cup final and somewhat of a redemption story for the Americans.

Carli Lloyd scored three times, all within sixteen minutes, leaving her teammates stunned by her agility and determination. Lloyd lunged one of her goals from 55 yards and the 53,341 fans watched as the ball sailed through the air passed Japan goalkeeper Alyumi Kaihori.

“I’m so proud and so zapped at the same time,” Lloyd said. “It doesn’t feel real. We just made history.” Lloyd was awarded the Golden Ball which signifies the best player at the World Cup. There was no doubt that Lloyd would be the recipient of the award based on her astonishing performances throughout the series. Lloyd also tied for the most goals, six, in the tournament with Celia Sasic of the fourth-place Germany.

The other two goals, for the United States, were scored by Lauren Holiday and Tobin Heath. Hope Solo was given an award, for the tournament’s best at her position for her stunning goalie efforts – as she had three saves in the final game.

“The US has studied and improved their set plays and we needed to account for that,” Japan coach Norio Sasaki said. “We needed to put more emphasis on attacks. We should’ve been more assertive and actively seeking goals.”

The US team had their sights set on adding a third star above their crest. “Not 1%,” Lloyd said when asked if she felt any sense of redemption. “It’s a World Cup final that we wanted to win, and it just happened to be against Japan.” Japan had only given up three goals in the entire Women’s World cup going into Sunday’s final game.

The women of the US team have continued to press the envelope for success. According to critics and other analysts, Team USA were considered as the underdogs however their resilience prevailed as they held their heads high and forged forward to take home the World Cup.