We all want to live a happy and productive life, but what are the secrets of making this happen? Is it a pie-in-the-sky notion? Not really. 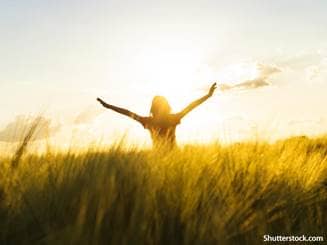 We all want to live a happy and productive life, but what  are the secrets of making this happen? Is it a pie-in-the-sky notion? Not really. We have our health, bodies and souls to take care of, as these are all intertwined.

People, who drink tea, love to learn, eat plenty of fruit and veggies could increase life span. The Longevity Project found that it is not the happy person that lives the longest, or the person who get married. It was not the heavy workout schedule, either.

Psychology professors Leslie Martin and Howard S. Friedman found this could have the opposing influence on some people. Their work was based on the eight-decade research by Doctor Lewis Terman in 1921. Terman studied relationships, personalities, and career goals of thousands of people. We have all heard that stress is bad for lifespan, but there is a misunderstanding about it the American Psychological Association unearthed during it interview with Friedman in 2011.

But what about the killer stress?

“There is a terrible misunderstanding about stress. Chronic physiological disturbance is not at all the same thing as hard work, social challenges or demanding careers. People are being given rotten advice to slow down, take it easy, stop worrying and retire to Florida,” he said.

“The Longevity Project discovered that those who worked the hardest lived the longest. The responsible and successful achievers thrived in every way, especially if they were dedicated to things and people beyond themselves.”

So what are the easy ways to keep going?

“From 1980 to 1990, highly educated individuals increased their life expectancy by nearly a year and a half, while it grew only half a year for less-educated people, the authors report. The gap widened even more in the next 10 years, as the better-educated group gained 1.6 years while the other group's life expectancy remained unchanged.” Another factor was reducing sugar. People who ingested less sugar were at a lower risk of heart disease, diabetes, and stroke.

Sugar is poison, and so are the additives. Americans consume over 130 pounds of sugar a year. Start drinking more green tea Shinichi Kuriyama, MD told WebMD in an interview. It can lower the risk of death and from heart disease. "Our findings might explain the differences in mortality profile between Japan and the United States. The Japanese age-adjusted rate of mortality due to heart disease and stroke is about 30 percent lower than that of the United States."

Being part of a book club and other social activities could add years to your life for people looking at retirement, or before. Researchers at the University of Queensland in Australia found that the more social groups that people are involved in the better it will be for their health. It also will reduce the risk of death Dr.

Steffens found. The science of longevity has discovered that if you are active mentally and physically you will live longer.

“The research also shows that the more groups an individual belong to in the first few years after they stop working, the lower their risk of death. For retirees who belonged to two social groups before retirement, their chance of death was two per cent if they maintained the same number of groups for six years afterwards. For those who lost membership of one group, the risk of death rose to five percent, while those who lost membership of both groups had a 12 per cent chance of dying in the six years that followed.”

There is a lot of information out there, and genetics does play a role in our longevity. However, using commonsense and being be proactive to be healthier and happier could expand and create a better life.