Seeing the Light: Are Scientist Finding Proof of Heaven?

Evidence of there being a afterlife is mounting, but is it really true, or fictional? 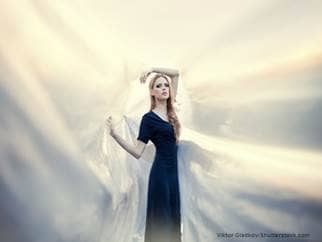 There are many skeptics about the afterlife, and near-death experiences. Yet, about 55 percent of people believe there is more to this world.

Professional golfer John Daly stopped breathing for three minutes after his lung collapsed, and is considered a miracle. He returned to the golf course the next day. There were no reports of seeing a light, but neurosurgeon Eben Alexander wrote about his experience in Proof of Heaven after being in a coma for a week, and saw a light, and a glimpse of heaven.

Alexander said it was impossible to have the experience he did after his brain shut down.

Maybe it was just a dream? Alexander said, “No.”

“It was far too real; the memory is as crisp today as if it happened yesterday. The whole part of my brain that would have made a dream or a hallucination was completely inactive,” Alexander told "Fox and Friends."

Light remains on the other side after brain waves have vanished, according to researchers. Patients are finding they are aware even after the heart and brain stop functioning. This means zero brain activity and patients remain aware and can hear sounds and see objects as they leave their bodies. Scientists are finding that the final stage of brain death is showing more evidence of consciousness, than during wakeful consciousness, neuroscientist Mark Stokes wrote.

A study released in 2014 worked with over 2,000 patients who claimed awareness after the body shut down. Discovery News reported one patient heard a voice that said “shock the patient.” The patient also heard a female calling “and the next second, I was up there, looking down at me, the nurse, and another man who had a bald head. I couldn't see his face but I could see the back of his body. He was quite a chunky fella. He had blue scrubs on, and he had a blue hat, but I could tell he didn't have any hair, because of where the hat was.”

There are those who believe that these experiences are hallucinations. Dr. Sam Parnia published a study  in Resuscitation, according to Medical News Today.

“While it was not possible to absolutely prove the reality or meaning of patients’ experiences and claims of awareness--it was impossible to disclaim them either and more work is needed in this area. Clearly, the recalled experience surrounding death now merits further genuine investigation without prejudice.”

As science evolves we will learn more regarding the unknown, and NDE's. It's up to us if we choose to embrace recent studies or taking measures to investigate ourselves.