Pioneers: People Who are Influencing Our World

TIME Magazine released a list of “The 100 Most Influential People.” The list includes entertainers, politicians, scientists, and the bad boys like North Korean dictator Kim Jong-un, who also made the cut. 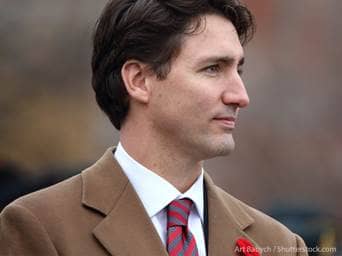 People look forward in reading who made the TIME 100.

The list is broken down in five sections of pioneers, titans, artists, leaders, and icons. We will look at each category and pick one candidate. Many of us wonder how the people featured each spring make the elite list. According to TIME’s website—the people chosen embody a breakthrough.

“They broke the rules, broke the record, broke the silence, broke the boundaries to reveal what we’re capable of. They are seekers, with a fearless willingness to be surprised by what they find.”

Justin Trudeau, John Kerry, Ted Cruz, Donald Trump, Vladimir Putin, Bernie Sanders, and Paul Ryan were listed in the “Leaders” category. Who was striking on the list is Canada’s Prime Minister Justin Trudeau. He is charismatic, relatable, and has worked to end gender discrimination starting in his office with a gender-balanced cabinet. Trudeau, who started his career in a grocery store parking lot, is known to go a step beyond to connect with his people.

The leader of the Liberal Party said: “You can't run a government from one single person. What instead matters is that leadership be about gathering around extraordinary individuals and getting the best out of them.”

Laura Esserman and Shelley Hwang, and Dan Carder were elected to the “Pioneer” category. We can see why. Esserman and Hwang are cancer doctors going against radical breast cancer surgery. Their mission is to work to keep the body whole. Melissa Etheridge wrote the piece on these doctors for TIME. She shared that the doctors are currently working to give women more treatment options. "I think female doctors understand breast cancer from the point of view of keeping the body as whole as possible. Because the body as a whole can be an amazing, amazing thing,” wrote the singer and activist.

Carder was the one who exposed Volkswagen diesels for the emission scandal as on-road test emissions were higher than they were in a lab setting. The West Virginia University engineer and his team confirmed the company lies, as they violated “The Clean Air Act.” The company lost many of their customers. Other honorees were: Nadia Murad, Mussie Zerai, Marc Edwards and Mona Hanna-Attisha, and Christiana Figueres.

“People don't care about what someone says about you in a movie - or even what you say, right? They care about what you build. And if you can make something that makes people's life better, then that's something that's really good.” The Chan-Zuckerberg Initiative will fund non-profits to support this mission.

Melissa McCarthy was listed  as one of the artist with Charlize Theron, Riccardo Tisci, and Julia Louis-Dreyfus. We look at Melissa McCarthy, a comedian, and a trailblazer for women in comedy. She was the first woman to win MTV's Comedic Genius Award in 2016. She also shot back at body-shamers. She said according to ET:

"I feel like there's a big thing missing where you can't dress to your mood above a certain number. [Malls] segregate plus-size [women]. It's an odd thing that you can't go shopping with your friends because your store is upstairs hidden by the tire section. We'll put you gals over there because we don't want to see you and you probably don't want to be seen.”

Some of the “Icons” listed were: Leonardo Dicaprio, Nicki Minaj, Karlie Kloss, and Lewis Hamilton. We will look at activist and actor, Leonardo Dicaprio, and his work behind the green movement. His Leonardo DiCaprio Foundation has been dedicated since 1998 to protect wildlife, the earth, and addressing the most perplexing issues facing the environment. His foundation raised $30 million since 2010 to support conservation across the globe, which includes 44 countries.

“It’s not just global warming, it’s not just a loss of biodiversity, it’s not just the pollution of our oceans and the clearing of our rainforests and all these complicated systems, The [11th Hour] movie talks about the world economy, it talks about politics, it talks about personal transformation and environmental consciousness that we need to have in this generation to implement a lot of these changes that need to occur.”

For a full list of “The 100 Most Inspiration People” visit TIME.com.