Pay Gaps in Sports Should Not be a Factor in 2016

Wake up it is 2016! Women are just as capable as men in doing the same job in the sports world and in business. The U.S. Women’s soccer team is fed up with the inequality and is looking to change this stigma against women. 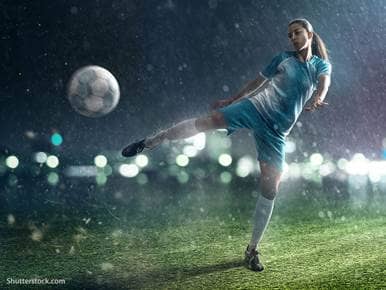 Wake up it is 2016! Women are just as capable as men in doing the same job in the corporate, political and in the sports world. But the sobering fact is there is still a discrepancy in pay.

A pew research poll in 2015 was quite disturbing regarding the perception people have towards women. Most Americans that were surveyed admitted that men would do a better job of running a sports organization at 54 percent. Only eight percent agreed that a woman was capable of making it a success.

This is not only sports, but men had the advantage in other areas like running oil, gas, or retail operations.

Another sting is that when women start their careers their salaries are competitive to their male cohorts, but this drastically shifts moving forward as women move forward in their respective careers. Women usually need to take time off of work to raise kids and their careers become delayed or stagnant.

The U.S. Women’s Soccer team has been a powerhouse winning the Olympic and world championships, but evidently this is not enough. While the men’s teams have seen far less success the women are paid less than the male athletes. Five players took it to the next level and filed a federal complaint with the Equal Employment Opportunity Commission citing the governing body of discrimination.

How bad is the gap between the female team and male team? A sobering 40 percent.

The average bonus for the men can skyrocket to over $400,000--the female soccer player is paid up to $75,000. You read that right, more wins and success and the female athletes are bumped to a new Mercedes where the men are increased to a new home.

The women’s team won the world cup in 2015 and collected that $75,000 -- if the men won, it would be $400,000 for the U.S. Men's National Team. Carli Lloyd was one of the athletes to file the complaint. She told Matt Lauer’s TODAY that they earned the right to be paid fairly.

"I think that we've proven our worth over the years. Just coming off of a World Cup win, the pay disparity between the men and women is just too large. And we want to continue to fight." Hope Solo said the time is right to pay women on sports and soccer equally.

“I've been through numerous CBA negotiations, and honestly not much has changed. We believe now the time is right because we believe it's a responsibility for women's sports, specifically women's soccer, to really do whatever it takes for equal pay and equal rights and to be treated with respect.”

Players Megan Rapinoe and Becky Sauerbrunn are also part of the lawsuit.

U.S. Soccer representative responded that the women’s team does not generate as much revenue to pay equal wages. Sports Illustrated has been following the story. “During the last four years, the men’s revenues have been significantly higher than the women’s national team,” a spokesperson said.

“The numbers provided in the complaint at times are inaccurate, misleading or both. And looking at a single year doesn’t provide the entire picture. If you look at four or eight years cumulatively, the men’s national team revenues are almost twice that of the women’s national team.”

Women have made tremendous strides over the last 50 years. They are leaders in government, becoming executives, astronauts, scientists, and breaking the glass ceiling in male-dominate sports. In 2016, we shouldn’t need to have this conversation. The time is now to give women equal pay for equal work