Now I Become Myself

You've probably spent most of your life taking direction from other people. Take matters into your own hands and be the "real" you. 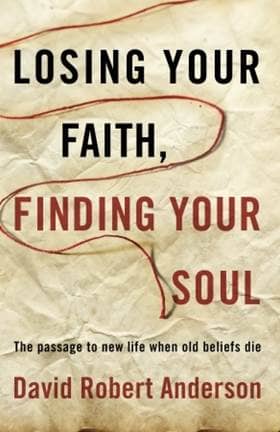 Wizard: Oh! Pay no attention to that man behind the curtain. The Great and Powerful­- Oz--has spoken--
Dorothy: Who are you?
Wizard: Well, I—I—I am the Great and Powerful-- Wizard of Oz.
Dorothy: You are?
Wizard: Uh--yes.
Dorothy: I don't believe you!
Wizard: No, I'm afraid it's true. There's no other Wizard except me.
Scarecrow: You Humbug!
Lion: Yeah!
Wizard: Ye-s-s-s--that's exactly so--I'm a humbug.
Dorothy: Oh--you're a very bad man!
Wizard: Oh, no, my dear. I'm--I'm a very good man. I'm just a very bad Wizard.
-Noel Langley, Florence Ryerson, and Edgar Allen Woolf, The Wizard of Oz; based on the book by L. Frank Baum

It's a summer family tradition to spend a day at Hersheypark. When the kids were younger, we spent a lot of time on the Tilt-A-Whirl and the carousel horses, but we always stood in line for the sea lion show. So now, years later when we spend most of our time on rides with names like Tower of Terror with a ten-plus g-force, we still go for the sea lions. They're darling, talented, and capable of unbelievable stunts.

I guess I always knew about the little fish treat, but this past summer it was all I could see. Pipin and Nemo were balancing on one front flipper, flying through hoops, dancing with the trainer, and we were all applauding-- the little kids squealing with delight. That's when the trainer, who wore a little treat bag on her belt, slipped Pipin and Nemo a fish. Each time they successfully performed a trick, they'd get an immediate reward.

These creatures weren't really dancing, of course. They were performing a series of movements that they knew would produce a fish. It's such a good show--one we stand in line to see--because the sea lions look like they're having such fun. These talented performers who love to be in front of an audience seem almost human. But this summer all I could see was the little fish treat. Pipin and Nemo were just deep-sea circus monkeys. Anything for a herring.

Somewhere in our faith journey, we all have a sea lion moment. You see how you've spent years jumping through hoops, balancing a ball on your nose, not because it's really who you are, but because you've always done it and the system rewarded you for your performance. But when you've done that for ten or twenty years, you start to ask yourself, Whose approval am I working for? What do I really believe? Suddenly you see it: you've spent most all your life taking direction from other people. They have told you what to believe in, what to work for, what to value, how to live your life. You don't want to end your life like Sinclair Lewis's George Babbitt, the middle­ aged real-estate broker who has everything. He lives, after all, in the midwestern town of Zenith. He's reached the top. But on the last page of Babbitt, George is speaking to his son Ted, who cannot follow in his father's steps. He wants to leave college and head off on his own way. "Dad, I can't stand it anymore," the boy says. "Maybe it's all right for some fellows. Maybe I'll want to go back some day, but me, I want to get into mechanics." Babbitt, seeming old and subdued, says, "I've never done a single thing I've wanted to in my whole life!"

The Good-Bye Gate brings us naturally to a second passage, leading from dependency to self-possession. As you start separating from the whole worn-out system, you discover that where there is supposed to be a self, there really isn't.

Politicians often attempt to define their opponents before they can define themselves. In a subtle way, that's what your family did for you when you were young. And they weren't the only ones. Your job defined you. Then it was being a mother or a father. Before long it was the neighborhood you lived in, the church you attended, and the political party you inherited. You wonder, How did this happen? It's like standing in front of a mirror dressed in what feels like an odd costume and thinking, Who picked these out for me? The first movement away from convention leads inevitably to this second passage: Stand Apart. It's the moment when you step out, plant your flag.

This is very different from the adolescent version of "Nobody tells me what to do!" That is merely a nervous act of rebellion, a need to be anything but "them." Young people find external markers-   clothes or hairstyles, music or friends-that mark them as different. But it's not an authentic, inner transformation. By contrast, this new identity is not something you create externally; rather, it's something you simply uncover. It's you. But after years of going along with the program, that self is almost totally buried. Finding that first edition of yourself takes a long time (more about that in the next passage: Deep Dive), but it has to start somewhere, and this is it. You begin by taking charge of your own life. Stand apart.