Nifty and Making a Difference Over 50

People can make a positive impact on the world at any age, senior or not. We found people over the age of 50 fighting to make a difference and living out their purpose. 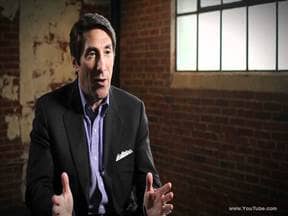 Society doesn’t easily embrace us as we age. The aging population is often cast aside, and the stigma that people over a certain age can’t make a difference casts shadows. That depends on who you follow. People can make a positive impact on the world at any age, senior or not. We found people over the age of 50 fighting to make a difference and living out their purpose.

Jay Sekulow is the Chief Council of the American Center for Law and Justice. Constitutional attorney argued 12 times before the US Supreme Court on First Amendment cases, and in his book, Undemocratic, Sekulow encourages the public to keep elected officials accountable. “I’ve been increasingly concerned that we’ve developed in the United States, over the course of decades, a fourth branch of government. That fourth branch of the government is the bureaucracy. Of course the Constitution only allows for three branches of government, the executive, legislative and judicial,” said Sekulow.

“This fourth branch ends up being the most powerful. They have more impact and control than the United States Congress, and they’re unelected.” Sekulow also has a passion for defending religious liberty and works tirelessly to support many Christians who have been denied to pray at schools, read the Bible, or put a cross up as a memorial to honor the death of a loved one. His team also fights for Christians being persecuted overseas, like Pastor Pastor Saeed, who is in jail in Iran for conducting a Bible study.

CNN reported about an unsung hero Dr. Jim Withers going undercover as a homeless person to bring medical attention to them in Pittsburgh. The doctor was nominated as one of the CNN Heroes in 2015 and rightfully so. Withers would rub dirt on his face and wear tattered clothes to treat those sick.

What he found was shocking. “I was actually really shocked how ill people were on the street. It was like going to a third-world country,” he told the outlet. He started Operation Safety Net in 1992. It is part of the Pittsburgh Mercy Health and is sponsored by Sisters of Mercy. He also created the Street Medicine institute in 2008 that reaches over the U.S. “In the way I'd like to see things, every person who is still on the streets will have medical care that comes directly to them and says, "You matter." And I'd love to see every medical school have a classroom of the streets.”

Patricia Foley Hinnen was honored by Encore, which honors those making contributions and creating innovative solutions for society over the age of 60 Hinnen helped raise 1.5 million dollars for microloans that support impoverished women in poor countries develop their own business. She started a Capital Sisters International where $100 loans to women living on two dollars a day. “Females own less than 1 percent of the world’s private property and earn less than 10 percent of the world’s income. In the developing world, the majority of females are illiterate and impoverished; our bonds have helped thousands of women and their families achieve economic independence – and our investors are repaid in full,” Hinnen said in a press release about the award.

Kathryn Sullivan was one of the six female astronauts for NASA in a class of 35, in the late 1970s. She became the first American woman to experience walking space in 1984. After three shuttle missions, and her field work—Sullivan works now to educate people and communities on how to prepare for natural disasters from climate change. Sullivan was named head of the National Oceanic and Atmospheric Administration in 2014.

“We tend to forget that we all live on a small, beautiful and wonderful planet. With regards to pollution, we tend to care about our own country or region and want to make sure that its environment is protected. Sometimes we have a more cavalier attitude about the rest of the country or the planet. But we do have the obligation to be stewards of the entire planet. We are not renting it ---- it is our planet. We cannot treat our planet as we would a rental property or a rental car.”

No matter where you are in life, you can make a difference-- it just takes your time and a commitment to make the world a better place no matter what age.