Most Inspirational of 2015 - Stuart Scott

There is no way to count the contributions Stuart Scott made to the sports journalism realm. However, it’s safe to say that he gave the industry a much needed face lift. 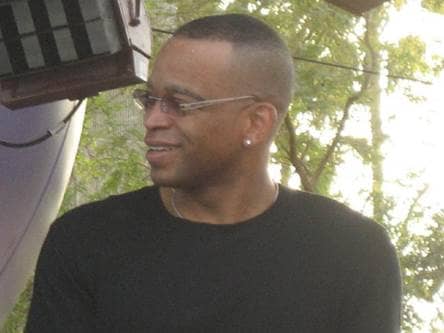 Stuart Scott was one of the most joyful broadcasters you’ll ever witness on television. Not only did he change the way we talk about professional athletics on television but he constantly challenged the thoughts and news that was reported. Instead of merely commenting on a great shot or a game changing play, Scott would use words like “boo-yah!” or phrases such as “As cool as the other side of the pillow.” And let’s not forget the saying, “He must be the bus driver cuz he was takin’ him to school.”

His excitement added a new element to the play-by-play of a game. Before Scott debuted on ESPN2 in 1993, viewers never heard words that drove excitement because everything was severely professional. However, Scott talked about sports the same way the fans did and was relatable, hip and became ESPN. After moving on from SportsCenter Scott covered the World Series, the NBA Finals, the Super Bowl, he interviewed Tiger Woods and Michael Jordan and even played a basketball game with President Obama.

In 2007, at the age of 42, Scott was diagnosed with cancer and he began the fight. In 2014, he was awarded the Jimmy V Perseverance Award at the ESPY’s and Scott discussed his battle with cancer stating that his positive, energetic way he lived would be his legacy. But his legacy was his will to never give up. Whether it was his journalistic style or his fight against cancer, Stuart Scott never gave up. Instead Scott fought and never stopped. During his ESPY acceptance speech he said, “When you die, it does not mean that you lose to cancer. You beat cancer by how you live, why live, and in the manner in which you live.”

Scott inspired his colleagues with his talent and work ethics. It didn’t matter if he was going through a treatment, he was still available for tapings and of course his daughters. ESPN president John Skippers said that Stuart Scott changed everything because he spoke to the athletes with an indescribable flair and style. ESPN anchor Dan Patrick mentioned in a broadcast that “He didn’t just push the envelope. He bulldozed the envelope.”

Scott complemented whoever he was broadcasting with because the energy surrounding his presence was invigorating. Rich Eisen, who serves as the lead anchor for the NFL Network said in an ESPN interview, “Who would have thought the perfect guy for me, a Jewish kid from Staten Island, would be an African-American guy with North Carolina roots? Sometimes neither one of us knew who the other was talking about, but it worked. It was always a trip doing a ‘SportsCenter’ with Stuart.”

There is no way to count the contributions Scott made to the sports journalism realm. However, it’s safe to say that he gave the industry a much needed face lift. He provided a renewed sense of life that cannot be adequately described because there are no words to truly articulate that sort of greatness. Stuart Scott was more than a different voice that appealed to a younger audience and demographic, he was exactly what the sports broadcast world needed and for that we are all forever grateful.