Most Inspirational of 2015 – Shanna Peeples

Shanna Peeples is an English teacher at Palo Duro High School in Amarillo, Texas. At the school she teaches AP English, English as a Second language and special education. 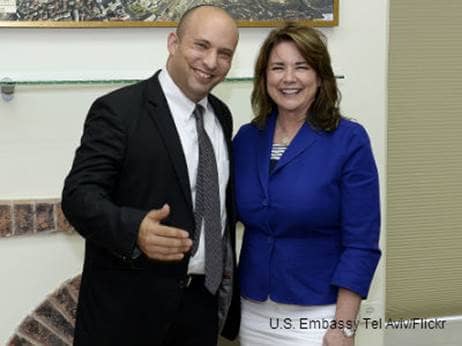 After reviewing more than 3 million educators in classrooms across the country, The National Teacher of the Year award was given to Shanna Peeples. President Obama presented Peeples with the award on April 29, 2015 during a White House ceremony.

Peeples is an English teacher at Palo Duro High School in Amarillo, Texas. At the school she teaches AP English, English as a Second language and special education. During the recent years, Peeples has received an array of students some never have seen indoor plumbing and others didn’t even have public schooling. Before teaching, Peeples was a former newspaper reporter. She earned an English degree from West Texas A&M University and a master’s in curriculum from the University of Texas at Arlington. In addition to her teaching duties, Peeples is a literacy trainer for her district, and she gives presentations across the state as part of the Texas Council of Teachers of English Language Arts.

In an interview with The Texas Tribune Peeples said, “I’m still not over even being Texas Teacher of the Year, when you consider there are 330,000 teachers here in Texas who do amazing work. Some of them deal with much more difficult cases than me. Then to think at the national level, I am representing more than 3 million teachers, it is overwhelming.”

Peeples also discussed the ceremony in Washington, D.C. by saying, “It was extremely humbling. I felt very much the responsibility of representing Texas and hoping that I didn’t mess it up for anybody. But what I have noticed everywhere I go is that people love teachers. They just do. When people react to me, my ego would love to think it is about me, but it is really not. It is about what this position is symbolic of, of a teacher that they loved, or a teacher that has really worked with their kids. I think that is what people are responding to.”

Deep down Peeples always knew that she would be a teacher. “I think I always did, but I was afraid of it. I was afraid that it was going to take a lot out of me and that it was going to be sad, and hard. I tried to avoid it with things that seemed glamorous and fun,” said Peeples. “The last job that I had right before I became a teacher was a reporter in Amarillo. I covered education as part of my beat. The more I was in those classes with kids; the more I wanted to be there. I realized it I more fun to talk to kids and work with kids than to write about them. That is kind of what pulled me over.”

Peeples is an innovative thinker. Her great ideas and teaching style have set the bar high for other teachers and her efforts have clearly changed the lives of others. Not only have students been given the opportunity to learn, but they’ve also been given a chance to experience English within a complete different perspective.