Most Inspirational of 2015 – Sam Simon

He was the creative force behind the longest running animated series, The Simpsons. Co-Creator of the Simpsons and philanthropist Sam Simon said he was just a lucky kid who received the right breaks. 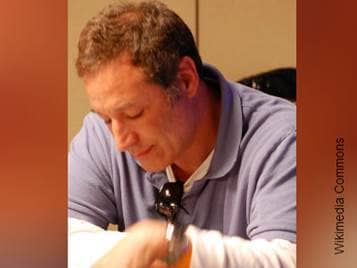 He was the creative force behind the longest running animated series, The Simpsons. Co-Creator of the Simpsons and philanthropist Sam Simon said he was just a lucky kid who received the right breaks.

Born in 1955, Simon’s mother operated an art gallery, that influenced him, and his father owned a women’s clothing factory. His talent for writing and illustration blossomed during the 1970s where his cartoons became published. He landed a job at an animation company, and later joined the team of writers for Taxi and Cheers.

The Simpsons would be another project that took off in 1989 on Fox and continues to run. The Emmy-Award winner believed that the show was success because it had time to build and audience, and the creators had immense freedom on a failing network. The show kept growing in popularity.

'The Simpsons' money got bigger and bigger. When I left 'The Simpsons', no one thought that this thing was going to still be around. It's the cumulative effect. It's like, 'Oh my God, 25 years later, and it's still coming in.'”

In 1994 Simon left the show due to strained relationships with Matt Groening. He started looking more towards giving back to charities like PETA to end violence and animal testing. The Sam Simon Foundation in 2002 was launched to help rescue animals from shelters.

The organization also helps people who are deaf find hearing dogs to help them at him in case of a fire, or guide them in public. He also helps veterans find dogs.

“A lot of charities spend a million dollars on a fundraiser to make $15,000. It's a social swirl. They do some great stuff and then - it's called mission drift. It becomes more about the parties,” he shared. "I was just an animal lover. Everything that the Sam Simon Foundation does is supposed to help dogs and people -- that's our mission."

And about The Simpsons?

"In the pressure cooker of a TV show, it’s a little bit of a witches’ brew. I completely think I’m capable of being crazy. I probably was crazy when I was doing The Simpsons." Simon won the Valentine Davies Award for Humanitarian Efforts and Community Service” in 2014, and sadly died of colorectal cancer at his Los Angeles home in March 2015 at the age of 59.