Most Inspirational of 2015 – Mark Zuckerberg

Facebook founder and millionaire Mark Zuckerberg celebrated the birth of his baby girl by planning to give away 99 percent of his Facebook shares. This is not all. 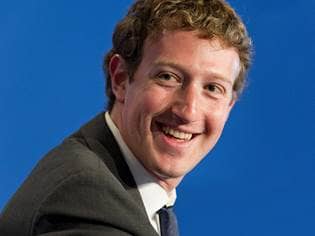 Facebook founder and millionaire Mark Zuckerberg celebrated the birth of his baby girl by planning to give away 99 percent of his Facebook shares. Zuckerberg and his wife Dr. Priscilla Chan wrote a letter to their daughter that they hope to create a better world for her generation, and beyond.

The money will be used to help to advance human potential, fight disease, build schools and help children reach their potential. His shares are worth $45 billion, and will be used over his lifetime to fund this mission.

The couple created the Chan Zuckerberg Initiative will find non-profits to support this mission. Zuckerberg outlined his dreams to his newborn in a letter posted on Facebook to his million of followers.

“As you begin the next generation of the Chan Zuckerberg family, we also begin the Chan Zuckerberg Initiative to join people across the world to advance human potential and promote equality for all children in the next generation. Our initial areas of focus will be personalized learning, curing disease, connecting people and building strong communities.”

In 2010 Zuckerberg gave 100 million to the Newark, N.J. school system and signed a “Giving Pledge” to donate half their wealth to charity during their lifetime. Bill Gates also signed the pledge.

"Students around the world will be able to use personalized learning tools over the internet, even if they don't live near good schools.

Of course it will take more than technology to give everyone a fair start in life, but personalized learning can be one scalable way to give all children a better education and more equal opportunity."

Three years later he donated to the Silicon Valley Community Foundation to the tune of 500 million dollars. He and his wife also donated $25 million to fight Ebola in 2014 and to California hospitals. Zuckerberg will continue to be a force in the tech industry, but he said his dreams go beyond making a name for himself, and padding pockets.