Most Inspirational of 2015 – Kristen Bell

From singing to acting, Kristen Bell has made a solid place for herself in Hollywood. However, Bell is not just a pretty face. 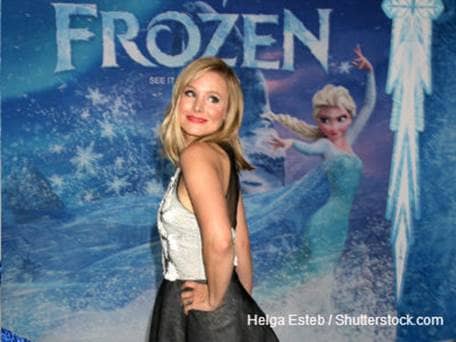 She goes by many different aliases – Veronica Mars and Princess Anna are just two of them. The talented Kristen Bell has come a long way from her Broadway debut as Becky Thatcher in The Adventures of Tom Sawyer. From singing to acting, Bell has made a solid place for herself in Hollywood. However, Bell is not just a pretty face.

Bell is a vegetarian and is always standing up for great causes to support animal rights. In an interview with PETA, Bell stated, “I have always been an animal lover. I had a hard time disassociating the animals I cuddled with – dogs and cats, for example – from the animals on my plate, and I never really cared for the taste of meet. I always loved my Brussels sprouts!” Bell has worked hand-in-hand with the Michigan Humane Society and since her residency has shifted to California, she new supports the San Diego-based Helen Woodward Animal Center. In addition, her efforts have also contributed to raising funds for the American Society for the Prevention of Cruelty to Animals and several other non-profit organizations based in California that are dedicated to protecting animals.

Bell has also become a strong advocate of vaccination. Moreover, Bell has acted as a spokesperson for campaigns affiliated with vaccination awareness. In various speeches, Bell has articulated that vaccinations are not only for her children’s protection but also for those they interact with on a daily basis.

Also, Bell has been very outspoken in regards to the legislation for legalizing same-sex marriage. Bell and her husband, Dax Shepard, decided to delay marriage until the state of California passed legislation to make same-sex marriage legal. Bell believed that she wouldn’t be acting justly if she decided to wed when others around her were not given the same right and opportunity.

From singing to acting and to making a difference, Kristen Bell somehow manages to do it all. Bell has used her celeb status to become a voice for animals who cannot speak for themselves.