Most Inspirational of 2015 – Emma Watson

One of our favorite characters from the Harry Potter franchise is all grown up and standing up for women’s rights. Emma Watson is far removed from Hermione Granger and is hoping to make serious changes in gender equality 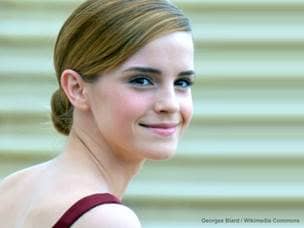 All grown up and making a difference.

One of our favorite characters from the Harry Potter franchise is all grown up and standing up for women’s rights. Emma Watson is far removed from Hermione Granger and is hoping to make serious changes in gender equality. Watson is classy, educated, and making a bold appeal to help women with equal pay and rights.

She is also taking down the stereotype that all celebrities are self-absorbed, by being relatable—and giving back. She is as U.N. Women Goodwill Ambassador in 2014--her most rewarding role yet. As an advocate for the HeForShe campaign, a program based through the U.N., Watson is working to end gender inequality.

Watson talked about the stereotype of feminists, and gender roles during a speech at the U.N in 2015. The aim was not to bash men, but to offer insight how their preconceived notions, words, and actions towards women are degrading. Engaging boys while they’re young on gender roles can turn the tide on inequality.

“I want men to take up this mantle. So their daughters, sisters and mothers can be free from prejudice but also so that their sons have permission to be vulnerable and human too—reclaim those parts of themselves they abandoned and in doing so be a more true and complete version of themselves.”

She also addressed sexism in Hollywood in 2015. The Guardian reported that Watson admitted that she experienced sexism 17 times with male directors, and only twice with female directors.

But she explained that she stood up, and demanded to be treated equally.

“I have always insisted on being treated equally and have generally won that equality. Most of the problems I have encountered have been in the media, where I have been treated so incredibly differently from my male co-stars.”

Working with the U.N. opened Watson’s eyes to the larger problem outside of Hollywood and movie making. The more she spoke about feminism the more she realized the fighting for women’s rights became synonymous with hating men Watson explained.

“I was appointed as Goodwill Ambassador for UN Women six months ago. And, the more I spoke about feminism, the more I realized that fighting for women’s rights has too often become synonymous with man-hating. If there is one thing I know for certain, it is that this has to stop.”

Before she turned 25, the British actress has been involved in advancing the education of women and young girls through humanitarian efforts. The U.N .reported she worked to promote fair trade, and worked to help girls in rural Africa receive an education.

“I think my work with the U.N. has probably made me even more aware of the problems,” she shared with The Guardian.