Most Inspirational of 2015 – Dr. Travis Stork

After appearing regularly as a medical expert on Dr. Phil, Dr. Travis Stork was approached by executive producer Jay McGraw to co-host The Doctors, Stork accepted the job because he understood the power of television and the reach. 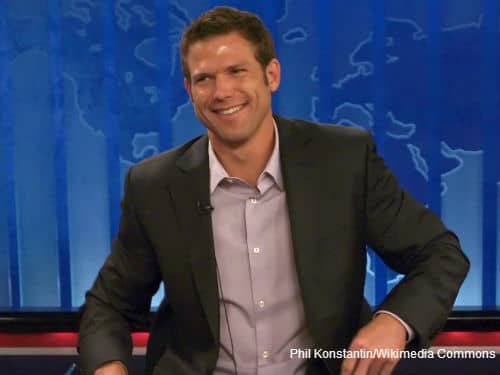 Many people may remember Dr. Travis Stork from Season 8 of The Bachelor. However, despite not finding love on the show Stork found a newfound success for his passion of medicine on the syndicated daytime talk show The Doctors. As a practicing board-certified emergency medicine physician, it has always been Stork’s life mission to educate others and spread health awareness throughout the world.

After appearing regularly as a medical expert on Dr. Phil, Stork was approached by executive producer Jay McGraw to co-host The Doctors, Stork accepted the job because he understood the power of television and the reach.

Stork currently divides his time between Nashville and Los Angeles where he hosts the show The Doctors. Stork heads a panel of three other physicians from different medical fields (pediatrics, plastic surgery and obstetrics) and they discuss health issues and answer audience questions. Based on the medical and ER experiences, Stork strives to teach people how to prevent illness before it occurs. Through his motivational speaking he teaches people how to achieve optimal health by focusing on the inconsequential health decisions that everyone makes daily.

In addition to the education he provides viewers each day, Dr. Stork is a member of the Medical Advisory Board for Men’s Health Magazine and is a New York Times best-selling author of The Doctor’s Diet, The Lean Belly Prescription and The Doctor Is In: A 7-Step Prescription for Optimal Wellness.

Through empowerment Stork believes education is the best way to make a difference. And what’s great is that he practices everything that he preaches. Throughout 2015, Stork has continued to spread the word of health awareness and provide knowledge on the environment that is forever changing. Without a doubt Stork is a superior advocate for health awareness and the medical field. He serves as a motivational speaker in various functions across the United States and participates in charity functions organized to raise funds for various medical diagnoses.

Stork’s powerful message for health awareness exudes positivity and prosperity for the future. Not only has Stork learned how to captivate audiences, he has discovered the power of media and how to use it for good.