Most Inspirational of 2015 – Blake Mycoskie

Great innovators like Blake Mycoskie help cultivate the world into a better place for the present and future. 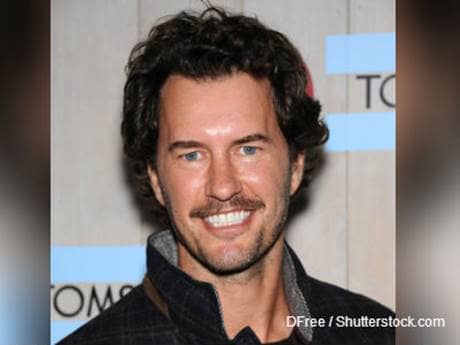 Founder and Chief Shoe Giver of TOMS Shoes, Blake Mycoskie is not your average entrepreneur. Mycoskie’s philanthropic efforts have changed the way many company owners sell and market their products.

Throughout Mycoskie’s professional career, he has founded several businesses and sold them shortly after. Then in 2006, Mycoskie visited Argentina while on vacation. There he met an American woman who was part of a volunteer organization that provided shoes to children in need. Over the next days, Mycoskie went from village to village with the volunteer group and came face-to-face with the harsh reality of poverty that existed within the country. In a 2011 article for The Business Insider Mycoskie said, “I witness the intense pockets of poverty just outside the bustling capital. It dramatically heightened my awareness. Yes, I knew somewhere in the back of my mind that poor children around the world often went barefoot, but now, for the first time, I saw the real effects of being shoeless: the blisters, the sores, the infections.”

When Mycoskie returned to the United States he was deeply inspired by his visit in Argentina and founded Shoes for Better Tomorrows. The foundation is designed as a for-profit business which could continually give new shoes to disadvantaged children. He then created the One for One business model – the company donates a new pair of shoes for ever pair of shoes sold.

The campaign has helped to create an appeal to a worldwide audience which fulfills the company’s mission and generates great profit. Later in 2006, the name Shoes for Better Tomorrows was shortened to TOMS. As of 2015, the company has donated more than 50,000,000 pairs of shoes to people in need and are sold globally in more than 1,000 stores.

In addition to his philanthropic efforts as a humanitarian, Mycoskie has been very outspoken about paternity leave and how it can change everything for a company. He spoke with Glamour Magazine, discussed his own paternal leave experience and talked about the renewed infectious attitude that he gained from spending time with his family. Mycoskie has spoken in various forums in support of the paternity leave implementation and has made sure to implement eight weeks paid paternity leave within his TOMS company.

Great innovators like Blake Mycoskie help cultivate the world into a better place for the present and future.