Most Inspiration of 2015 – Misty Copeland

Misty Copeland is considered to be a prodigy because she didn’t start ballet until the age of 13. However, her achievements go beyond the world of dancing. 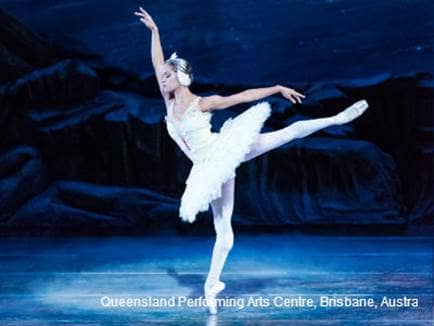 Misty Copeland is more than a ballet dancer, she’s a strong African American woman who’s opening doors for other athletes and changing the way ballet is viewed worldwide. Copeland is a ballet dancer for the American Ballet Theater. 2015 has proven to be a very successful year for Copeland as continues to break down barriers previously set by preconceived notions directed towards the world of ballet. In April 2015, Copeland was named one of the 100 most influential people in the world by TIME. In June 2015, Copeland became the first African American woman to be promoted to principal dancer in ABT’s 75 year history.

Copeland is considered to be a prodigy because she didn’t start ballet until the age of 13. However, her achievements go beyond the world of dancing. She has become a public speaker, spokesperson, stage performer and television personality. She has endorsed products and companies such as T-Mobile, Dr. Pepper and Under Armour. She’s performed on Broadway in On the Town, toured as a featured dancer for Prince and had roles on reality television shows A Day in the Life and So You Think You Can Dance. In addition Copeland has written two autobiographical books, one of which was optioned into a feature length film, and narrated a documentary about her struggles, A Ballerina’s Tale.

As a spokesperson for Under Armour, Copeland’s ads are centered on strong women and the campaign is focused on women having the ability to do anything. There is no doubt that Copeland is showing girls and women all over the world that you don’t have to live within a single unit. Instead you can use your talents to expand, become more and inspire real change. And in October 2015, Glamour recognized Copeland’s work and inspiring efforts by naming her one of Glamour’s Women of the Year.

Copeland has figured out how to use her success to inspire other women to channel their gifts and live out their dreams. Furthermore, Copeland is very humble and acknowledges her beginnings. When she was 13-years-old she was too shy to participate and it wasn’t until a volunteer instructor at the San Pedro Boys and Girls Club took her by the hand and gave her the encouragement that she needed to prevail. Four years later after that meeting, Copeland joined the American Ballet Theatre. Misty is committed to opening those doors for more girls and is giving back by collaborating with the Boys and Girls Clubs of America. Recently, Misty participated in the “Great Futures Start Here” and worked with local clubs in the New York area.

And in November 2015, Copeland teamed up with MindLeaps, a nonprofit organization that brings dance instruction, vocational training and academics to the children of developing countries. Copeland traveled to Rwanda to launch the MindLeaps Girls Program and documented her journey via YouTube and Instagram to help further spread the world. Copeland told the HuffPost, “There’s really no way to really understand the state that a lot of children are in and living on the street – literally not having homes, illiterate, dying. I feel like unless you’re there, you don’t really see the severity of it.” The organization brings children ages 9 to 18, from makeshift homes “under sewers” and “Under the overhangs of buildings” into the classroom to learn both dance technique and traditional academics.

Misty Copeland is clearly more than a ballerina. She’s an inspirational figure for all women and proof that hard work and determination truly pays off.