Most Inspiration of 2015 – Anne Meara

During Anne Meara's career she was nominated for four Emmy Awards and a Tony Award, and won a Writers Guild Award as a co-writer for the TV movie The Other Woman. 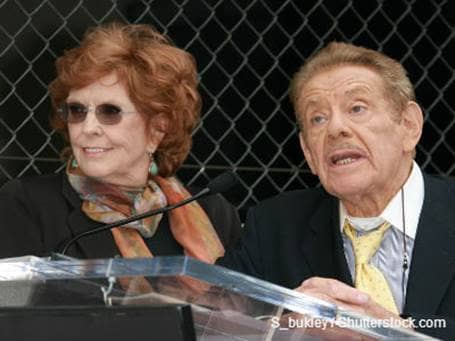 One of America’s funniest women passed away May 23, 2015. The late Anne Meara, along with her husband Jerry Stiller dominated the comedy world in the 1960s. Anne was featured on stage, television, in film and was a playwright. During Anne’s career she was nominated for four Emmy Awards and a Tony Award, and won a Writers Guild Award as a co-writer for the TV movie The Other Woman.

Before meeting her husband, Jerry Stiller, Anne never thought about entering the realm of comedy. But, Jerry believed they would be the ultimate comedic duo. And he was right. Their improvised comedy routines brought their real-life relationship to live audiences. After many years of live shows, Anne and Jerry became regulars on The Ed Sullivan show – with 36 appearances. Then in the 70s, the duo stopped their comedic acts because they feared the comedy would ruin their marriage. Anne continued to have a role and career in the entertainment industry. She starred in a few sitcoms and wrote and produced others. From Murphy Brown, King of Queens and Sex in the City, Anne defined her presence on television.

Anne helped pave a way for women in comedy. Despite the stigmas that existed because of male dominance within the world of comedy, Anne forged forward and pushed the envelope. There’s no doubt that Anne’s contributions to Hollywood have significantly impacted many actors and actresses. Many reports have said that Anne suffered from stage fright and would often get very nervous before live performances however, those expressions are never seen through her works. Her hard work and valiant efforts prove that anything is possible if you put your mind to it.

While balancing her career, she also managed to be a wonderful wife and mother. Anne made it all look relatively easy because she was extremely talented and carried herself with such a humble nature. Despite all of her success, Anne always seem to stay grounded and inspire those around her.