Principal Susan Jordan, of Amy Beverland Elementary, lost her life after her heroic efforts to save two students. 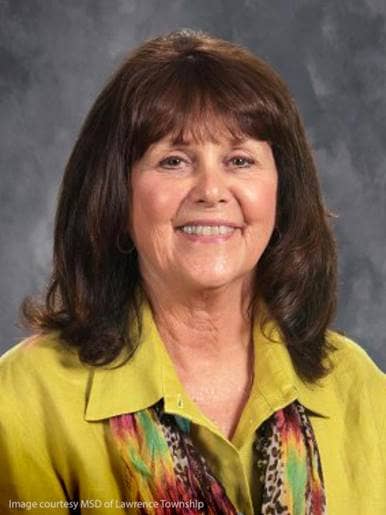 Amy Beverland Elementary school principal Susan Jordan lost her life Tuesday, January 26th after her valiant act of bravery. A school bus jumped the curb and was headed in the direction of 10-year-old students. Jordan pushed the children out of the way and died at the scene after the bus struck her. The school confirmed Jordan’s death on Facebook saying, “Our district has lost an amazing educator. Principal, Mrs. Susan Jordan, was killed this afternoon in a bus accident at Amy Beverland. We ask for your thoughts and prayer for all involved in the tragic events of this afternoon.”

The two students involved in the incident were rushed to the hospital and are reported to be in stable condition with non-life-threatening injuries. Police are investigating why the bus jumped the curb. According to the Star, the vehicle passed a January 22 inspected by Indiana State Police.

Jordan was a beloved member of society. The township school board released its own statement saying, “Susan was an amazing educator. She had a remarkable way of making everyone she came in contact with feel valued and important. She had a passion for children that is unmatched. The entire Lawrence Township Community mourns her loss and extends our sympathy to the Amy Beverland Community [and] the multitudes of people whose lives she touched.”

In May 2015, the students and staff members came together and published a video in appreciation of Jordan. Pictures of children holding thank you signs and video bits of admiration display their love for Jordan. It’s apparent that Jordan’s leadership drove her staff and students to strive for their goals. One of her staff members said Jordan, “She always beings a positive spirit to Amy Beverland. And that’s how she deals with kids and teachers, and the kid’s parents. She always trusts in her teachers and is always positively supporting us. She’s a great leader and we’re so lucky to have her in our school and in our lives.”

What do her students believe Jordan represents? In the video the students say, “J is for joyful to be around. O is for organized in all you do. R is for radiant, because you, Mrs. Jordan, are radiant. D is for demanding because you demand we do our best every day. A is for awesome because you’re an awesome principal. N is for nice because you’re always nice to work with.” And at the end of this heartfelt video the kids proclaim, “We love you Mrs. Jordan! Thank you for the many years of leadership!”

It’s amazing that one woman could inspire so many lives for the greater good. Jordan’s legacy will live on and shine amongst the rest of the world as her students and staff members continue to share her teachings.