Harriet Tubman Will Replace Andrew Jackson on the $20 Bill 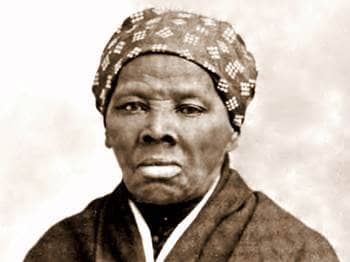 So long Andrew Jackson, you’ve been replaced. Slave owner Andrew Jackson’s face will be replaced with abolitionist leader Harriet Tubman’s picture on the $20 bill, it was announced.

Jackson is not completely off the $20 note, he’s expected to be placed on the back of the bill. Alexander Hamilton will remain on the $10 bill.

In 2015, Treasury Secretary Jacob Lew drew criticism for indicating there were plans to replace Hamilton on the $10, especially since his newly founded popularity that emerged from the rap musical “Hamilton.”

Hamilton was the first Secretary of the Treasury and was George Washington's military aide. But Tubman has additional significance NPR reports. The U.S. government sent her a $20 pension every month for helping them during the Civil War. That was it.

She worked for the government as a cook, an armed spy, and was a nurse. Tubman worked for the Union Army when the war began--she was the first woman to guide the military during the operation at Raid at Combahee Ferry. This included the rescue of hundreds of slaves. She was a leader and a hero in the 1800s and beyond.

U.S. Rep. Luis V. Gutiérrez has been a big advocate of Tubman to be recognized.

"She was an agitator. She was a subversive. She used the tools of social change to improve America,” he said. “She fought for the little guy against the strong guy. And she was willing to put herself at great risk to ensure the justice for others. And she was a woman and she was black. In other words, she is an ideal American.” Gutiérrez was instrumental in the vote: “Put a Woman on the Twenty Act” in 2015.

Hillary Clinton Tweeted: “A woman, a leader, and a freedom fighter. I can't think of a better choice for the $20 bill than Harriet Tubman.”

Women On 20s Executive Director Susan Ades Stone explained that they have been looking to the Treasury Secretary to put a woman on currency as it is a win for equality. Before the official announcement, Women On 20s shared on the site.

“We’d like to take credit for what seems like a great victory for our cause to get a woman on the $20 bill. But we’re not there quite yet. Two minor bills -- the $10 and the $5 -- with barely discernible images of women on their back sides, and the promise of replacing the slave trading, Indian killing Jackson with a woman on the $20 fifteen years down the road is not the suffrage centennial celebration we were looking for.”

Eleanor Roosevelt was also in the running, but Tubman out voted her 118,328 votes to 111,227. There is no definitive date when the new bills will be processed, but CNN reported 2030. Other civil rights leaders will be part of the new currency. Here are quotes from the amazing Harriet Tubman and her strength:

“Every great dream begins with a dreamer. Always remember, you have within you the strength, the patience, and the passion to reach for the stars to change the world. I freed a thousand slaves I could have freed a thousand more if only they knew they were slaves.”

“I grew up like a neglected weed - ignorant of liberty, having no experience of it.”

"Lord, I'm going to hold steady on to You and You've got to see me through."

“I looked at my hands to see if I was the same person. There was such a glory over everything. The sun came up like gold through the trees, and I felt like I was in heaven.”

“Read my letter to the old folks, and give my love to them, and tell my brothers to be always watching unto prayer, and when the good old ship of Zion comes along, to be ready to step aboard.”