Gretchen Carlson on Getting Real

Now with her book Getting Real, Carlson is shedding her anchor duties and writing about her and life and the lessons she’s learned. 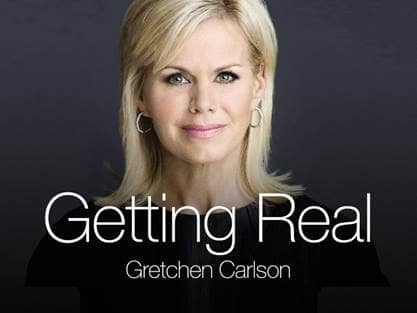 She’s the whole package. Beauty, brains, and while balancing her success she’s also a wife and mother. How does Gretchen Carlson do it all? “Having it all is a curse for women. Whether you work in or out of the home, there are just too many expectations. It makes us feel guilty that we’re supposed to be superwoman. I don’t think we can have it all at the same time. We give hundred percent when we’re in our different roles,” said Carlson.

Carlson first entered the scene when she took the crown, and wowed judges and viewers with her flawless violin composition of Sarasate, in the 1989 Miss America pageant. She went on to graduate from Stanford University in 1990 with a degree in sociology. Carlson went into the broadcasting world appearing as a political reporter for WRIC-TV, co-anchor of the Saturday Early Show and eventually to Fox & Friends. In 2013, she made the move from Fox & Friends to anchor “The Real Story with Gretchen Carlson.” The one-hour segment features Carlson discussing hard hitting issues, interviewing politicians and relevant figures about breaking news.

Now with her book Getting Real, Carlson is shedding her anchor duties and writing about her life and the lessons she’s learned. Carlson began writing the book about ten years ago but life happened – children, ten years at Fox and she went over the cliff of 40. All of these events influenced her life and gave her a different perspective on life.

Carlson discusses, in Getting Real, the first time she was faced with true criticism and adversity. “It was after becoming Miss America. People thought I was stupid – like my resume evaporated. I grew up in Minnesota where everyone is nice. I went to my dad and asked him why people didn't like me,” said Carlson. “I say that in the book that I reached the bimbo trifecta. I joke about it but I’m serious in the sense. I wanted to stand up for women who have been told that they’re not thin, smart or mom of the year enough because I have been there.”

Carlson’s new book is exactly what the title reads – getting real. She's honest and upfront about her struggles and the hurdles she had to overcome to be successful. “Often people think that celebrities never had to struggle. It forced me to build by self-esteem from the inside because I was fat. I was fired after my honeymoon and was told you’ll be fine because you’re married. I was already in my 30s, this is who I was and it was the hardest year of my life. I have great empathy for anyone who lost their job because the pain and shame never leave you,” said Carlson.

In the book, she also discusses her struggle with infertility and the fear she went through when she had to deal with a stalker.

Amongst it all, Carlson also talks about the great family and foundation she was blessed to have growing up. Getting Real is literature suitable for any female of any age because it provides the tools to build a strong internal foundation that every woman needs. Carlson’s honesty gives readers a newfound perspective on success and dreams. She has shut down the stereotypes and other stigmas that past cliches have created and in response she has begun the conversation of getting real.