Sometimes you have to be weak enough to serve. 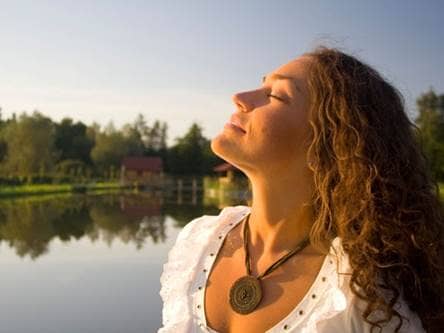 We've all heard the stories:

Elvis Presley once got an F in music. Michael Jordan was cut from the high school basketball team. J.K. Rowling lived on welfare before Harry Potter made her a billionaire. Beethoven's music teacher said he was hopeless at composing. Lucille Ball got sent home from acting school for being too shy. Thomas Edison was fired twice for not being productive enough. Walt Disney lost his job at a newspaper after he was told he lacked imagination.

The failures of those great successes convince me that our weakness is often the flip side of our strength. I used to be terrified of speaking up my whole life. My career? Writing an opinion column for the largest newspaper in Ohio.

Our strengths and weaknesses are usually directly related. For the longest time I resisted embracing my strengths because to do so would make me confront my weaknesses. It was a long time before I learned that God can use both. It took me even longer to learn that sometimes God chooses us for our weaknesses, not for our strengths.

I find it a great comfort that all through the Bible that God doesn’t always choose the strong. He picks the flawed and the weak and transforms them. People like Moses, who killed a man, is chosen to lead people from bondage to freedom. David, who ordered a man be killed, is picked to be king. Then there’s Jesus, who included among his 12 closest followers a man who lied to him, a man who doubted him and a man who betrayed him.

Some of my favorite Scripture passage starts with “Fear not.” Those two words mean God is going to do something powerful with someone weak. I’ve heard it said that we should read the Bible as if we are each of the characters in it. One year the priest at my church, Father Tom Fanta, gave a sermon as if he were the innkeeper who closed the door to the holy family on that first Christmas Eve. He acted the part from beginning to end, from his smug refusal to his shameful remorse.

He said that we are the innkeeper who shut the door and made no room for others. We are those shepherds, busy tending our sheep – our jobs, hobbies, families – and afraid when God comes to us, whether in the form of heavenly angels or earthly ones – friends, family and strangers, or in the shape of problems and crises. We shirk when called to go somewhere unfamiliar or somewhere undesired, some detour from our carefully constructed career paths or highly scheduled calendars.

We are like Joseph, who could have quietly left Mary instead of getting into a relationship that might demand more of him than he wanted to live. We prefer the normal, the steady, the predictable – something we can control. We plan our lives and in the planning are careful not to leave any room for God to come in and screw it all up.

We are like Mary, who when first greeted by the angel was scared. Would we really want God that close? “Fear not,” the angel proclaimed.

What would happen if God called us to something higher? It sounds good – for a second. Until we count the cost. What if it means moving? Earning less money? Going back to school?

When God called Jeremiah, he wanted to decline, he claimed he was too young for the job. Moses wasn’t so hot on being hired to corral the Israelites through the desert to the Promised Land.

A priest once told me he was unsure before his ordination whether he was strong enough to become a priest. Then someone asked him, “Are you weak enough?” Saying yes to God isn’t about being strong, but about being weak and saying yes anyway.

If your answer to the question, “Are you strong enough to serve?” is no, maybe you’re asking the wrong question.

Are you weak enough to serve?

Regina Brett is the author of the New York Times bestseller "God Never Blinks: 50 Lessons for Life's Little Detours." You can find links to her radio show, blog, and column for The Plain Dealer at www.reginabrett.com