Little Boy is the ultimate fairy tale – while there are no princesses to be saved, there is a happily ever after because it’s a story that encircles finding faith, love and hope through an adverse situation. Setbacks are only hurdles that exist to make you stronger and more diverse. 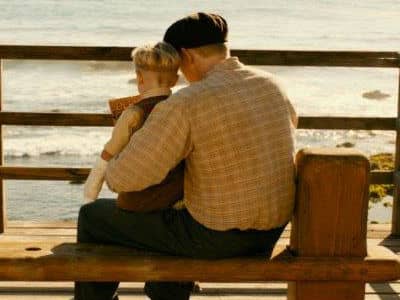 Sometimes believing in the impossible is all we need. A little hope can go a long way and ultimately be the game changer that is needed for miracles.

In Alejandro Monteverde’s film Little Boy, Pepper Flynt Busbee is seemingly powerless when his father is summoned to fight in the war. While, in the eyes of others, his father is just another soldier on the field but to Pepper he is more than a brave soul at combat – he’s a best friend, a role model and ultimately Pepper’s world. What do you do when your world is being turned upside down? You remain positive and forge forward.

Little Boy is the ultimate fairy tale – while there are no princesses to be saved, there is a happily ever after because it’s a story that encircles finding faith, love and hope through an adverse situation. Everyone has the ability to connect with challenging situations that occur amidst mayhem and hard times. Setbacks are only hurdles that exist to make you stronger and more diverse.

As we move throughout life and grow, we all lose a portion of our innocence and purity which is the very element that Pepper is able to embody. Moreover, Little Boy is able to showcase a genuine faith in the impossible that only a child could dream up.

Anyone who hears the word war, unconsciously assumes and believes in the worse. While we venture within our heart and soul for hope and challenge ourselves to believe in miracles, our previous encounters with reality bring us to level ground that we created based on the negativity we’ve experienced. In Little Boy, Pepper never gives up hope for his dad and is able to accept others for their true value. He wholeheartedly believes that if he can imagine it, then it will happen and become his newfound reality.

And ultimately that is what we all are in need of – a newfound reality. Living in a world where hate exists, the reality makes it difficult for human beings to believe in hope and miracles without any doubts. Little Boy gives viewers the ability to reconnect with optimism and their faith. Your faith will only go as far as you’re willing to take it. If you’re dedicated to a higher being and the opportunity for prayer, then you’ll be delighted with surprises that come into play. However, if faith is not something that you take seriously and truly embody then you will not receive the same results because you don’t believe.

So instead of believing fairy tales are based on books and movies, we must channel our inner Pepper and challenge faith, love and hope for ourselves as individuals and the ones we hold dearest to our hearts. It’s important to evoke innocence within our soul because the belief of innocence will help us believe in what we’ve deemed unbelievable. We all have the ability to write our own fairy tales and make them a reality.