We all loved to be entertained. How about filmmakers who inspire us to help another, and gain more understanding of the the world better? 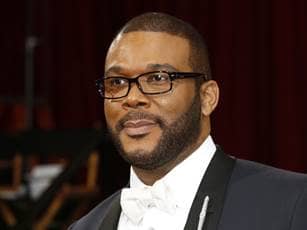 We all loved to be entertained. How about filmmakers who inspire us to help another, and gain more understanding of the the world better?

We found filmmakers that not only make great films, took a detour to cover the more in important aspects of life.

It’s not that entertainment is not important, but not as much as opening a world view regarding social injustices and change our views in a profound way through the charities they are connected to.

Tom Shadyac has an extended resume of comedies to his credit like the “Bruce Almighty,” “Patch Adams” and “The Nutty Professor” to name a few. There was something missing and after a biking accident, Shadyac was forced into solitude and pondered what was really important in life. He developed the film “I Am” to dive into the questions we all ask like “What can we do about the problems in the world?”and “What’s wrong with the world?”

One answer he found was our definition of success is cloudy. He told Oprah that “[We have] a very extrinsic model of success," he explains. "You have to have a certain job status, a certain amount of wealth. ... I think true success is intrinsic. It's love. It's kindness. It's community."

Kevin Macdonald is known for making historical dramas and documentaries on the human spirit. He’s done films like “One Day in September” about terrorists taking Israeli athletes hostage at the 1972 Summer Olympic Games in Munich. Macdonald also did “Life in a Day “which shared voices of original people sharing their fears and also what they cherished.

"Life in a Day was a wonderful opportunity to hear the voices of ordinary people describing the world as they see it, telling us their fears and loves, Macdonald shared in an interview. “ I always knew this would say something fascinating about who we are as a species and what we value—but I never realized how emotionally affecting the result would be.”

Ron Howard has been using films to challenge and inspire with “A Beautiful Mind” and “Apollo.” I'm not a caterer. I just have to stay with my creative convictions. At some point, you have to just get past the special-interest groups and do what you're there to do, which is make a movie.” Howard has given his support to conservation, and helps global nonprofit microfinance, and help disadvantage student see their college dream become a reality.

Tyler Perry has made an impact in film and is making an impact. The comedian and actor started The Tyler Perry Foundation to help people in need and who are disadvantaged. He had given money to helped inner city youth, Covenant House, aid money for to help people in Katrina, and Haiti. One thing is certain to Perry, is that everyone can relate to being wanted and loved. “Everyone can relate to love, hurt, pain, learning how to forgive, needing to get over, and needing the power of God in their life.”Perry is revered in mainstream filmmaking and with Christian audiences.