Dealing with Cancer: It’s More than a Prayer List and a Casserole

The pastoral care department at Cancer Treatment Centers of America is offering more than literature on coping with cancer, but one of hope. 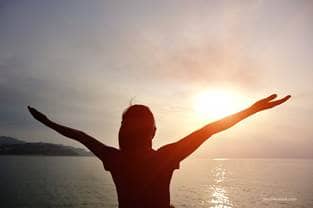 The pastoral care department at Cancer Treatment Centers of America is offering more than literature on coping with cancer, but one of hope.

Our Journey of Hope is an arm of the hospital to equip pastors and staff members of churches nationwide to handle the needs of those with cancer and loved ones dealing with the complex issues of the disease.

The concept was established in 2004 by members of the CTCA pastoral care team when they began traveling to churches training leaders on how to create a successful cancer care ministry.

In 2013 the ministry started offering seminars at its hospitals free of charge. In turn, those attending would return home to train others through curriculums, video lessons, and online resources.

“Many people coming to our hospitals were Christians, and extremely faith based. The churches didn’t really know how to meet their needs. A lot of churches when someone is sick is they’ll put them on the prayer list--make them a casserole, and that’s it, " said Pastoral Care Director Chip Gordon of the Hope Cancer Care Ministry, who said the response to the seminars has been staggering.

Rev. Gordon and others started doing a Saturday conference to spead the word. They did this for almost 10 years, and decided to create a cancer leadership training at one of the five hospital sites for two days where doctors share about cancer and its effects on the entire body.

“Most pastors know what cancer is, but don’t understand the way it works and how it affects people in their congregation,” said Gordon.

"We want to give them some clinical training. We have naturopaths that come in and talk about the some of the different things we do at CTCA, and day two we go through the curriculum and we give churches a small group curriculum that lasts for eight weeks."

Gordon’s team surveyed pastors and found the top issues they deal with in church were relationships, finances and health. Additionally, they found out there were resources for everything, but health and cancer topped the list.

In a church of 200, about eight people are living with cancer and two or more will be diagnosed with the disease every year, according to OJOH.

"It’s about meeting people’s needs right where they are, and filling in this gap because every church is impacted by it and it’s the opportunity to be the hands and feet of Jesus.”