Can Life Satisfaction Plateau in our 20s?

Most Americans are discontent with life than they were decades ago. People are struggling to maintain life-work balances, working longer, and are seeing social lives diminish. However, life can be good during the 20s, and at 65. 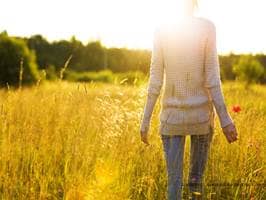 Most Americans are discontent with life than they were decades ago. People are struggling to maintain life-work balances, working longer, and are seeing social lives diminish. A study conducted by Rutgers reported in 2007.

Women, like men, are not fulfilled either. There has been a decline in balancing work and the “second shift” after work like housework, and kids. Another study found if you’re under the age of 30 happiness hits a peak and joy increased after turning 75. Dr. Ioana Ramia, a researcher from the University of New South Wales found that happiness has a pattern.

She found that the contentment decreases during our 20s, and remains dormant until 65 years or older. As we place more emphasis on making money, work, and paying down student debt, life seems to be more of being on a hamster wheel.

"The peaks at young and old age remained poorly understood, with question marks around how satisfaction could remain constant across the major parameters described yet manage to increase with age overall. Defining what satisfaction was and how it was rated by subjects was also a challenge for future research,” Ramia said according published reports.

Of course this is not cut and dry, we make the decision how happy we want to be despite going through life’s challenges. This could be the reason the age of 65, we start letting things go, and enjoying what we have more. This can be more family time, freedom from working,  or activities that bring more joy.

Ramia spoke with the Daily Mail, sharing the reasons the golden years are what is considered a more joyful time. “At this time happiness is at its lowest and it only starts to increase when people start focusing on other things, like their free time.”