Billionaire Chooses To Give It All Up

Philanthropist and founder, Charles Feeney, wants to give away his fortune by 2016. 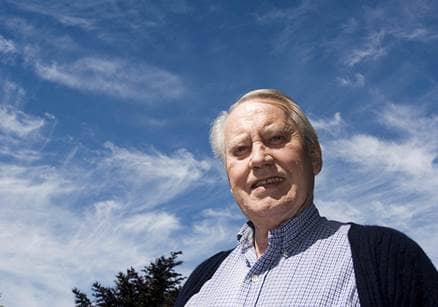 Charles Feeney is not a normal billionaire; he doesn’t own a house, he doesn’t drive a fancy car and he’s determined to give away all of his money by the year 2016. So far Feeney has given away $6 billion and has another $1.5 billion to spend. Sounds theatrical, but giving away his fortune was the plan from the beginning.

“I had one idea that never changed in my mind that you should use your wealth to help people,” Feeney said in an interview with The NY Times.

The Atlantic Philanthropies, one of the world’s largest private foundations, is Feeney’s company and he plans to close the doors for good in 2016. Atlantic has disbursed funds to countless organizations through grants for various causes such as direct medical care, immigration reform, education, criminal justice advocacy and peace building initiatives.

Feeney grew up in a middle class family in Elizabeth, New Jersey. Later, he enlisted in the United States Air Force as a radio operator and went to Cornell through his G.I. Bill. Afterwards, he sold liquor to sailors who were in port, then developed the concept of duty-free shops around the world. Later in 1997 the company was acquired by Louis Vuitton Moet Hennessey (LVMH) for 1.63 billion. Feeney remained unanimous until the company was about to be sold.

Unlike most moguls, Feeney likes his privacy and refuses to be viewed as a celebrity.

“When you’ve got the money, you spend it,” Feeney said. “When you’ve spent it all, let someone else get going and spend theirs.”At 81, Feeney has lived a fulfilling life and has helped so many people during his billionaire adventure. Feeney doesn’t believe in expensive things and doesn’t want to be remembered as a billionaire; instead he wants to inspire other wealthy people to do the same. Donate to charities, donate to positive research and to the future of the world. Feeney is inspirational because he shows the world, first hand, that life is not about the expensive things you wear, drive or do – it’s about making the world a better place for everyone to enjoy.