A Day of Reckoning: Liberating Auschwitz

On Jan. 27, 1945 the Red Army of the First Ukrainian Front approached the gates of the largest concentration camp at Auschwitz in Southern Poland. 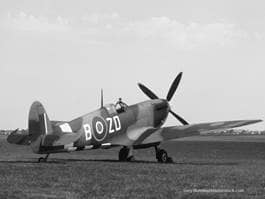 On Jan. 27, 1945 the Red Army of the First Ukrainian Front approached the gates of the largest concentration camp at Auschwitz in Southern Poland. Concentration camps were organized after Hitler came to power with the help of local police, citizens, and supporters with his dreams of creating a master race of Aryans.

By 1944, reports came of over 400,000 Hungarian Jews that were loaded on trains, sent to Poland, and sent to Auschwitz. Two men escaped in the spring of 1944, and managed to get information to Allied forces. In June a message was sent asking the Allies to bomb the railroads going to the camp, another one followed pleading for the gas chambers to be destroyed—both requests were turned down by U.S. Assistant Secretary of War.

Men, women and children were sent to their deaths at the gas chambers, or killing centers. It is estimated that 6,000 people could be killed a day in the gas chamber. The camp was composed in three parts and the main would become Auschwitz. About 90,000 people were held in the Birkenau camp, and the Buna sub-camp was considered Auschwitz III.

The Soviet’s rescued the 7,000 people remaining and left by the Nazi’s, where sick and dying. They were expected to be killed, but those who went on with the SS on marches died on the way, many were shot and left in the snow.

Bart Stern survived by hiding in a heap of dead bodies because he said the crematoria was broken and the bodies kept piling up.

Over 35 sub-camps were also created, but Auschwitz would be the main one due to the location and proximity to railroads, and cities. Prisoners worked as slave labors for ammunition plants, and even farms.

“If we bear all this suffering and if there are still Jews left, when it is over, then Jews, instead of being doomed, will be held up as an example,” said Ann Frank, who perished of typhus just before the British liberated Bergen-Belsen.