Author and speaker Jennifer Crow is the founder of Beautiful Dream Society, an anti-trafficking organization that operates safe houses in Lesotho, Africa as well as raising awareness about human trafficking in the state of Oklahoma. Her recent book, Perfect Lies, outlines her healing journey through the power of meditative prayer.

JC: I was ill. After a period of battling illnesses for three years, I did not know what was causing these illnesses. They were incurable conditions like auto-immune thyroid disease, and a gall bladder full of gallstones. I had a uterus full of fibroid tumors and chronic fatigue syndrome. I was having panic attacks. I thought that I was battling so many physical ailments. What I didn’t realize was that all of these diseases were stress related. I had tried many different doctors, many different prescription medications. I had read books about all these various conditions. I had tried nutritional supplements, and I was not getting any better. It wasn’t until I began to learn a form of meditative prayer that I noticed that when I was praying and shining the light of God’s truth into the thoughts and pictures in my mind, I began to feel a peace and a joy that I had never experienced. It was not long after that, I actually experienced an amazing relief of my physical symptoms, and I began to be healed. It’s been now almost nine years that I have been symptom free and not on any prescription medication. I believe that the healing can be attributed to a stress relief by learning to apply the Word of God to the thoughts in my mind.

GT: What is meditative prayer and why should we try it out?

JC: Meditative prayer is something that is as old as the Bible. Even in Deuteronomy, we are told to meditate on the laws of God, day and night, and to talk about it with our children. In our culture, we don’t take the time to sit quietly and think about God’s promises to us and His love for us. For me, I knew how to pray intercessory prayer, supplicative prayer, but I did not know how to sit quietly and think about God’s thoughts about me – thinking about God’s love for me, and thinking about how that related to past hurts, past disappointments, past trauma, past abuse. Sitting quietly and thinking about those things is what I call meditative prayer and thinking about how God’s Word relates to those. That type of prayer ministers to the heart and to the soul. This is a very important aspect of Christian discipline. It doesn’t take long. Even five minutes three times a day is what I practiced during this time. That very small amount of time is enough to renew the neural pathways of our brain that the Bible calls “strongholds.” It changes the way we think, and it changes the way we process information. That is what is so important about meditative prayer. 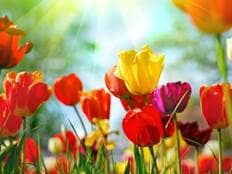 GT: You tell the story of a woman who at age twelve had to endure a dinner with her father and her stepmother and was criticized by her father for not speaking up enough in this uncomfortable situation.

This tough experience led her to be hesitant around men. How did your friend re-envision the event to heal from it? JC: She knew that this was an event that brought her pain. That’s the first key, to find a situation in your mind that is a memory from the past but it still brings you a twinge of pain even when you think about it today. She knew that this was one of those memories for her. So she decided to ask the Holy Spirit to help her. To show her what the truth was about this memory because she was viewing it from the eyes of a twelve-year old girl. Now she was in her late forties. “So what is the truth of those memories?” she asked herself. As she sat quietly in a state of prayer, she began to see a picture of how Jesus might have felt sitting at that table experiencing that with her. To her shock and surprise, Jesus was taking up for her and Jesus was indignant at the way she was being treated. That is a truth from God’s Word. The Word of God says that Jesus told his disciples, “Let the little children come to me; don’t hinder them.” Jesus had respect for children. When Jesus got upset with the unfair treatment of the moneychangers in the Temple, he made a whip and drove them out. So Jesus was showing himself to her in her time of prayer as a person that was concerned about her and wanted to defend her. She never realized Jesus had this attitude toward her past experience and realizing this caused her to experience tremendous freedom and healing.

GT: What was the most difficult hidden belief for you to overcome in your personal life?

JC: The belief that says: “I am bad; I must be perfect because my actions define who I am.” I can recall as a child getting a very bad spanking, and I certainly deserved the spanking. My mother had warned me many times “Clean up your bedroom!” and I just couldn’t. I just couldn’t find the wherewithal to clean up my bedroom. She became very angry and she came back into the room and put me on the bed and began spanking me with a belt. I remember the thought going through my head was “I am a bad girl. Why didn’t I obey my mother?” What I had to do was to shine the light of God’s truth on the picture. We know the truth from the Word of God is that Jesus paid the penalty for our sin. He took our sin upon Him so what would that look like for me? What I envisioned during my time of meditative prayer was Jesus walking into the room, picking me up off the bed and taking me over to where the Father was standing in the corner of the room. Then 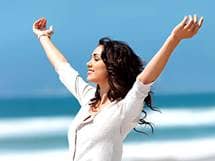 Jesus laid Himself down on the bed where He began receiving the spanking. Still that’s not the whole story because was my mother punishing Jesus? We know it was really Satan who was punishing Christ. In my mind I saw the Holy Spirit pulling my mother back and in the place of my mother, was Satan whipping Christ. I saw in my mind that my mother was also a woman who had hurts and pains, and she was being ministered to by the Holy Spirit as I was being held by the Father. And instead of a frizzy haired dirty faced, snotty nosed girl, I was a beautiful young woman with a garment of white and the Father was embracing me saying “I love you Jennifer and I forgive you.” That is an example of how that picture for me – which was alive that I am bad and that I must attain perfection – was overcome with the truth of God’s Word that I’m forgiven through the blood of Jesus Christ.

Make sure to follow Gayle on her Beliefnet blog.