5 Ways for You to be a Leader

Leadership is something that takes time, effort, and is also something that is innate in people. Leadership is more than delegating tasks in business. It shapes communities, families, and can inspire groups of people to reach higher and beyond you as a human being. Yet, leadership is never easy. 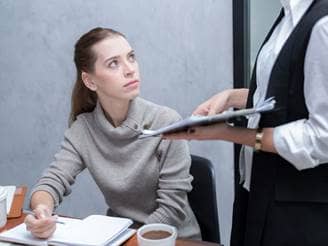 Leadership is something that takes time, effort, and is also something that is innate in people. Leadership is more than delegating tasks in business. It shapes communities, families, and can inspire groups of people to reach higher and beyond you as a human being.

Leadership is about humility and taking the traditional business model pyramid and upending it if it is a dictatorship. Since none of us like that mode, we will look at what we can do to inspire people and keep the work flowing as well.

Weber said it is, “by virtue of which he is set apart from ordinary men and treated as endowed with supernatural, superhuman, or at least specifically exceptional powers or qualities. These are such as are not accessible to the ordinary person, but are regarded as of divine origin or as exemplary, and on the basis of them the individual concerned is treated as a leader. How the quality in question would be ultimately judged from an ethical, aesthetic, or other such point of view is naturally indifferent for the purpose of definition.”

What does that mean for us?

No one is perfect, but many of us enjoy a charismatic leader, and a person with humility, and someone who treats people fairly—using boundaries. Again, this is not just for the office—leadership influences our sphere of influence. We can use all three Weber’s leadership style to make it our own.

There are times you can’t divulge everything from the boardroom, but people will know if you’re lying to them. Admit that you don’t know it all. Founder of Yeti Tony Scherba said the team will know if you’re hiding something and to set the rules ahead of time to avoid those pitfalls. “Let the team know where they are, work on a plan to go forward. Keep individuals up to date on their status as it relates to the group. All this forces you to have and share your vision, which is what makes you a great leader in the first place."

Let the group have their say to keep the balance between the groups. This is a great way to keep you in check and along with egos that grow when you lean on one person to only lead discussions, projects, and exclude everyone else during conversation that should involve the team.

3. Egos will cost you

Life coach and leader Gayle Hilgendorff said you’re not as important as you believe! She blogged about leadership at the Huff Post : “While people need you, rely on you and think you do great work, if you were not at work, someone else would be doing your job. Apple is still a very successful company without Steve Jobs. Every four to eight years we still get a new president. Life will always go on, even without us.”

4. Show empathy to others

If you can’t relate to others, or even try to understand them, understand this--there will be a disconnection. This is not solely on the leader, it goes both ways. Maybe you need to understand the pressures management is under. Mangers can also look at what they can do to make the workflow or process better.

Involve others by planning goals and work with them on what is preventing goals from being reached. Are you leading using fear or allowing people vent about the problems? Dictating gets you nowhere accord to Forbes’ contributor Alex McClafferty who wrote: “Dictating a grand vision will get you nowhere. Instead, involve your team in planning goals and regularly check in to find out what’s blocking them from achieving their targets. My team leader, Julie, runs a weekly forum for team members, where they can vent frustrations, share constructive ideas, and improve our service. When your team is constructively challenging the status quo, you’re operating at a high level as a leader.”

Everyone makes mistakes, but you can empower yourself, others, and your community with some work. Transform yourself into someone that people can work with and relate to using humility, encouragement, fairness, and using open communication.