It’s important for Christians to understand what angels really are.

Angels offer us a number of things: encouragement, direction, counsel, confirmation of God’s will, insight, strength, protection, wisdom, companionship, among other things. The main role of angels isn’t to draw attention to themselves, but to point us towards Christ. There are tons of myths about angels everywhere so it’s important as Christians to separate the fact from the fiction. Here are four reasons why angels matter:

Angelic protection is available to us and their protection is beneficial. Many times, God sends His angels to guard and fight for us. We know from Psalm 91 that He would give angels charge concerning us to guard us in all our ways. In the book of Hebrews, we read that angels are “sent out to serve for the sake of those who are to inherit salvation” (Hebrews 1:14). This is an idea we see throughout Scripture. For example, look at the story of Elisha’s servant. In 2 Kings 6:8-23, Scripture describes how God provides an army of angels to protect the prophet Elisha and open his servant’s eyes so he could see the angelic army surrounding them. The Lord fulfills this request, revealing to the servant a mountain full of horses and chariots of fire, all gathered on Elisha’s behalf. The battle goes in Elisha’s favor and the servant learned a key lesson that day: While there is no evidence of the heavenly host being dispatched to aid one living far from God, the angels rally behind those who find satisfaction in God. In this passage, we get to see how the angelic realm participates and interacts with the human realm. We also see through this story our constant need to have our spiritual eyes opened. Divine guardianship is available to us. Angels are present to those who love God wholeheartedly.

Angelic protection is also beneficial; it is intended for our good. If you read the fuller text of the verse from Hebrews 1:14, it says: “Are not the angels all ministering spirits (servants) sent out in the service [of God for the assistance] of those who are to inherit salvation?” God always works for the good of His people. Safety and security is His primary mission and He enlists His angels to aid in this. You never hear stories in the Bible about Christ followers encountering an angel who acts from a place of ill intent. The stories that we read involve rescue from specific peril, a way of escape where none seemed to exist, and a miraculous and fortunate turn of events.

There are many examples throughout Scripture of when God sends an angel to give a specific message to an individual or people. In Genesis, He sent an angel to Sarah’s servant Hagar in the desert, as she fled to give hope that she was not forgotten. In Judges 6, God sent an angel to the discouraged Gideon, who greeted him with the words, “The Lord is with you, mighty warrior.” In Luke 1, God sent the angel Gabriel to Mary to tell that she would give birth to the Son of God. Also, in Luke 1 the angel Gabriel was sent to Zechariah to tell of the news that Elizabeth would bear a son. Then, in Matthew 28, an angel appeared at the tomb of Christ to announce that Jesus Christ had risen. These accounts are great examples of how angels are sent to give messages from God.

Devoted to the Will of God

What makes angels distinctively different from all other creations is this: They know the will of God and do it. They are completely tuned to the voice of their Master and devoted to God. They want to align their plans with His. They have a special work and ministry in the lives of Christians. They are all around us, ministering to us, even when we are not aware of their presence. Angels are sent by God to deliver us from our troubles. Psalm 34:7 says, “The angel of the LORD encamps all around those who fear Him, and delivers them. We also know from Scripture that God sends angel to bring His messages to guide us in our own ministry (Acts 8:26).

The angels also help us discover God’s will. Author Larry Libby writes, “We can learn the great joy of obeying God quickly. And we can learn how to worship the Lord with all our heart.” God’s messengers are forever at His call. Revelation 7:11 reminds us that even though angels were wholly accustomed to the magnificent presence of God, “they fell on their faces before the throne and worshiped God.” This wasn’t a once in awhile thing either. They are always found face down, honoring and worshiping God.

Angels often appear to those who are wrestling with daily life challenges. Angels appeared before shepherds in Scripture. These men were dealing with daily life struggles just as we do today. The life of a shepherd was not easy. Their roles included cold nights, low wages, separation from family friends all while dutifully watching over their flocks. Excellence in their role was required. The angels appeared to these men at night which is significant. We often see the doors to spiritual conversation opening up when someone is enduring a dark night of the soul. The angels guided them through these periods. Just as the angels guided the shepherds, we too are guided through life’s challenges through their aid.

Many of our ideas about angels come from the media and popular culture but it’s important for Christians to understand what angels are and their importance in our lives. We can be assured that when angels are sent by God, they have come for a certain purpose. Angels are among us! For more on who angels are, what they do and why they matter, read “Angels” by Jack Graham. 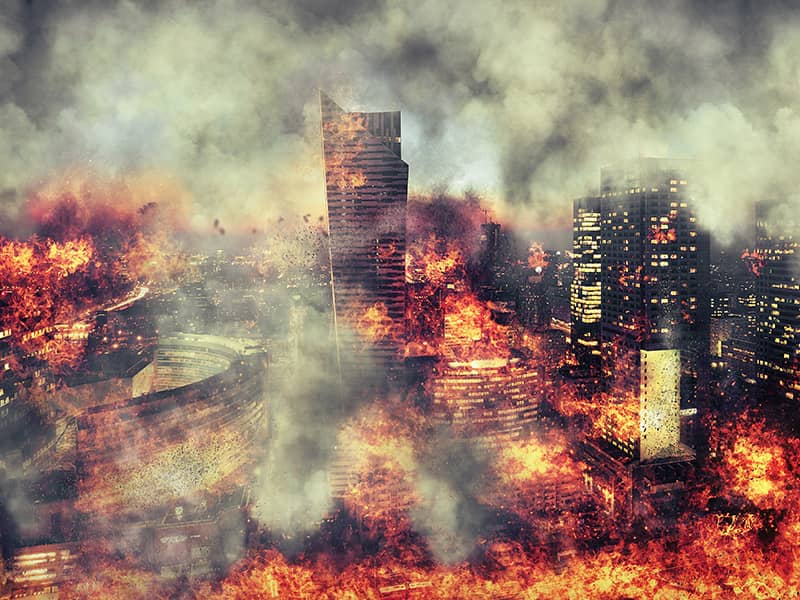 7 Fascinating Facts About the Seven Plagues of Revelation

more from beliefnet and our partners
Add some inspiration to your inbox.
Sign up for Beliefnet's Angel Wisdom newsletter.
From time to time you will also receive Special Offers from our partners
Lesli White