Meet the 5 deadliest angels of the Bible.

When we think of angels, we often think of the glowing, friendly helpers who carry messages between God and man. And perception isn’t wrong—throughout the Bible, angels act primarily as benign messengers.

These divine creatures are spiritual in nature, and possess incredible power, as well as the accumulated wisdom of centuries. Among their other functions are praising God, bringing answers to prayer, providing encouragement and comfort, and protecting and caring for righteous humans.

But as we’re about to find out, that’s not all they do.

There are a handful of cases, in scripture, that show angels carrying out the judgment of God upon humanity through violence.

In some cases, that judgment is death.

Angels are capable of incredible destruction, and can destroy a city with a mere gesture of the hand, as we can see in 2 Samuel 24:16. And because they are spiritual beings, once sent on their mission, they cannot be stopped by any human means.

These angelic attacks are reminders of God’s sovereign power, as well as the lengths He will go to in order to protect and guide humanity.

What are avenging angels?

In contrast with angels who comfort, heal, and help further the work of salvation, avenging angels play a specific role to bring the judgement and wrath of God to mortals for breaking divine will or being disobedient for too long against the commandments.

The word “angel” has Greek roots, when translated the word means “messenger” in Hebrew. When the word “angel” is used in our modern Bibles, it can be substituted for “messenger” which may change the meaning and help understand what God is telling us when He uses angels to carry out His will.

An avenging angel has the specific purpose to right a wrong and to bring justice where otherwise God would extend mercy to His people. When people reject the Holy Spirit and listen to a disobedient spirit instead, God may see fit to send avenging angels to establish truth and holiness again.

Here are 5 avenging angels from the Bible:

The Angels of Sodom and Gomorrah

The Angels of Sodom and Gomorrah

In Genesis 18, God came to Abraham with two angels, declaring His intention to pass judgment on the cities of Sodom and Gomorrah. A great “outcry” against these cities had reached God, and He called the sin therein “very grave.”

Abraham’s nephew, Lot, lived in Sodom, and recognized the angels when they arrived, giving them a place to sleep in his house.

It wasn’t long, however, before Lot’s house was beset by the men of Sodom, who wanted the angels—who they thought were simply male visitors—brought out for their own sexual pleasures. When Lot refused, they broke down his door, and Lot only escaped through the power of his angelic guests.

When they reached safety, the angels asked lot, “Have you anyone else here…bring them out of this place. For we are about to destroy this place…”

So Lot gathered his family and left the angels to their work. These two divine beings rained down “sulfur and fire from the Lord,” reducing the cities to nothing but smoke.

For destroying two entire cities, these angels earned their place amongst the deadliest angels of the Bible.

In 715 BCE, the Israelites made a stand against Assyria, which had forced them to pay tribute to their empire for years, and so Sennacherib, the king of Assyria, attacked Jerusalem.

This was a grave mistake.

Sennacherib’s sent messages to Jerusalem, mocking God in an attempt to terrify the Israelites into giving up, saying “Surely you have heard what the kings of Assyria have done to all the countries, destroying them completely. And will you be delivered?”

When the leader of the Israelites, Hezekiah, read this, he was afraid, and prayed that God would deliver his people from danger. Not long after, Isaiah, a prophet of God, sent Hezekiah a message from God: “I will defend this city and save it.”

And so when the Assyrians arrived, God sent an angel to them that put to death 185,000 soldiers in total silence. When the army awoke the next morning, they found the dead and immediately withdrew, never to return.

This unnamed angel, one of the deadliest in the Bible, singlehandedly won a war.

Most of us are familiar with the story of the Passover, but few consider the role of a certain angel in this tale.

After Pharaoh’s stubborn refusal to release the Israelite slaves, God sent the plagues. When Pharaoh still refused, God sent an angel with an all-too-familiar name, telling Moses how to mark each Israelite door so that “His angel that brings death will pass over and not kill your first-born sons.”

This angel is the Angel of Death.

Also known as the Destroying Angel, this may very well be the same being that killed Sennacherib’s army, and that threatened Jerusalem with annihilation in 2 Samuel 24:5.

In the Passover story, it moves from home to home in Egypt, killing the firstborn sons of any whose door was not marked. “In every Egyptian home,” as Exodus 12:30 says, “someone was dead.”

The trauma of this act caused Pharaoh to finally free all of the Israelite slaves—the rest is history, but the idea of the Angel of Death was so powerful and that it still resonates in our minds to this day.

Michael, the only angel in the Bible called an “archangel,” which means “angel of highest rank,” is described in the books of Jude, Daniel, and Revelation as a powerful warrior who leads armies against evil spirits.

He may very well be one of the most powerful angels in existence.

It is he who fought and led the war against Satan, driving him from Heaven to fall “like lightning” to earth. Keep in mind that Satan, in the Bible, is described as having once been God’s greatest and most beautiful creation—an angel unsurpassed.

Although Michael has never carried out God’s judgment against humanity, the fact that he went up against Satan—and won—marks him as an especially deadly foe, and an angel not to be trifled with.

It’s no wonder, then, that traditional depictions of Michael have shown him in full battle gear, sword drawn and ready for the coming battle.

And then there is the deadliest angel of them all—the Devil, himself.

Ezekiel 28 describes Lucifer as the “guardian cherub,” a creature of utmost beauty and station who was “the signet of perfection, full of wisdom.” He was placed “on the only mountain of God; in the midst of the stones of fire you walked.”

But the very perfection that made Lucifer so great an angel was also the source of his corruption: pride. Lucifer made war against God, Himself, but was repelled by Michael and the forces of Heaven.

He was cast down to the earth, where he was allowed to go about “like a roaring lion,” devouring people through temptation and sin.

The angels of God may have claimed the lives of armies and cities so that the whole of humanity might live on in peace, but Lucifer has claimed countless millions of souls for the sole purpose of thwarting God’s plans.

Because of this, he is the very deadliest angel of the Bible.

The Messengers of God

The Messengers of God

Angels—at least those who aren’t fallen—do the work of God, and so work for the good of mankind. Even when they pass judgment through death, it is to forestall some greater calamity that only God can know.

The angels do not avenge senselessly, but avenge they do, and these 5 angels are the deadliest of them all. 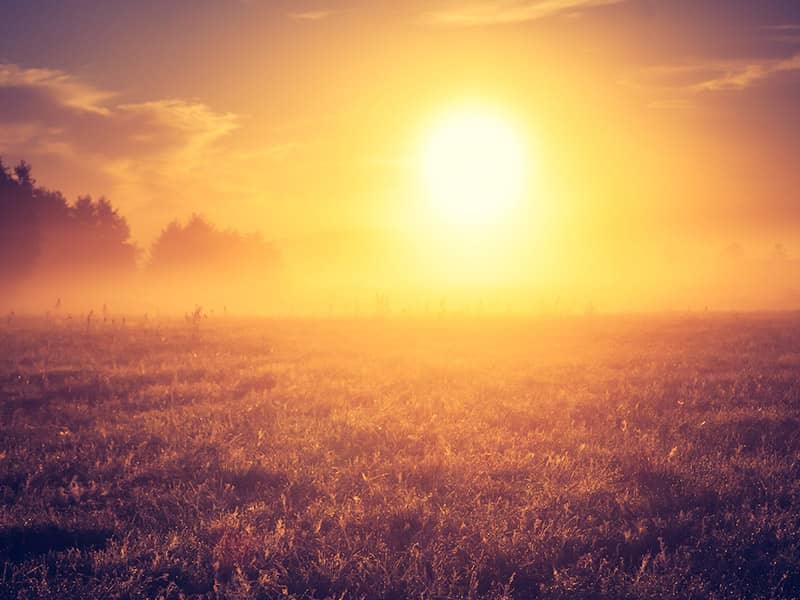 Will Angels Accompany Us and Other Questions About Heaven
We can learn a great deal about heaven by turning to Scripture. Read next feature >
Wesley Baines is a graduate student at Regent University's School of Divinity, and a freelance writer working in the fields of spirituality, self-help, and religion. He is also a former editor at Beliefnet.com. You can catch more of his work at www.wesleybaines.com.