It is just then, at exactly two minutes into DeWitt’s body cam video footage, that another sound can be heard. It sounds unmistakably like a human voice. It is high and female, but what it says is indecipherable, at least on the video. 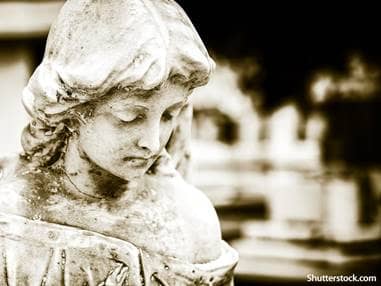 It is just then, at exactly two minutes into DeWitt’s body cam video footage, that another sound can be heard. It sounds unmistakably like a human voice. It is high and female, but what it says is indecipherable, at least on the video. “We’re helping, we’re coming,” Warner responds, emotion in his voice.

A car that up to then had contained at least one body, most likely deceased, has now become, for these officers, a car containing life. Galvanized, the men crowd up against the car and DeWitt’s body cam image dissolves into a red blur as the men heave mightily, pushing the car up onto its side. Incredibly, given that they are pushing a 3,189-pound car with at least one passenger that is also half-full of water, they succeed in getting the vehicle propped up onto its right side.

But unknowingly, in doing so they have plunged Lily, still in the back and still strapped in her car seat, fully into the lightning cold river she had managed, for the previous fourteen hours, to evade. Just under half a minute later, at 2:26 on the video, Officer DeWitt says: “We gotta keep going with it if we can.”

He has, of course, no idea just how right he is. The men, all of them up to their chests in the foaming water, continue to maneuver around the car, shouting into it, encouraging whoever called out for help to hold on. Finally, after a full two minutes, we catch another glimpse of Tyler’s head as he again peers into the rear of the car.

“Oh God,” he says. “There’s a baby.” By this point firemen have arrived, and one of them pulls open the rear passenger door, now pointing skyward, and sinks down into the car. We hear him call for a knife or pair of scissors to cut the straps of the baby seat, and a moment later Lily emerges, stiff but apparently alive. The fireman passes her to Tyler, who in turn passes her to Warner, who, with body cam still running, scrambles breathlessly up the incline and hands her to a waiting paramedic… With a final groan from the officers and firemen, the car heaves back onto its tires, and Jenny’s body at last comes fully into view.

Though we don’t see her face on camera, it is clear that the sight is devastating... She is the only person in the car, and she is very clearly dead... “It’s funny,” Tyler told me later about that ride to the hospital, “I was going a mile a minute when we were in the river, but once I got in that ambulance, my mood just plummeted. I knew we’d saved the baby – at least for the moment. I saw her eyelids flutter just a little as I passed her up out of the car, so I knew she was still alive. But somehow I didn’t think she’d make it. Especially after that last two-minute dunk she’d gotten in the water because of us. And I couldn’t get the way her mom looked out of my head.

Her face was so destroyed. I’ve seen plenty of dead people, but for some reason it was just a real blow to see her like that. I was so sure she was alive. I don’t know. It just brought me down real hard.

” As to why he had been “so sure” Jenny was alive, Tyler had pushed that question out of his head for the moment… A county truck was hauling the wreck of Jennifer’s car from the water. While Tyler was at the hospital, firemen had pried Jennifer’s body loose from the wreckage with a Jaws of Life set, and she lay, barefoot but still in her shorts and t-shirt, most of her body and all of her face covered by a tarp to protect her from gawkers or photographers on the bridge above.

Looking down at the flinty-green water, Tyler found a question forming in his head. It was, he realized, a question that had already been there, in the back of his mind, on the ride to the hospital. It was a crazy question -- one that, he knew, he’d probably be best off not asking, because if he got the wrong answer from the other officers, he figured they’d think he’d gone crazy. At length, he asked it anyhow. “When you guys were down there in the water,” he said, “did you all hear a voice?” For a moment no one said anything, and the question hung there awkwardly, in the air above the river. Then Harward spoke. “Yeah. I heard it.” “Me too,” said DeWitt.” “So did I,” said Warner.

Ptolemy Tompkins is the author of seven books, including The Divine Life of Animals and The Modern Book of the Dead. In 2012 he collaborated with Dr. Eben Alexander on the phenomenal worldwide bestseller Proof of Heaven, and coauthored its sequel, The Map of Heaven, as well. He lives in Nyack, New York, with his wife Colleen and two of his three stepdaughters.