5 Things Everyone Gets Wrong About Angels

You’ll be surprised how many myths you believed.

How much do you know about angels? The Bible tells us, “[The Lord] will give His angels charge of you to protect you in all your ways” (Psalm 91:11). Angels are heavenly beings, superior to humans, who serve as messengers of God and guardians of human beings. The Bible plainly teaches that angels exist. There are more than 250 mentions of angels in Scripture from Genesis to Revelation. The Bible also indicates that angels are everywhere: “Do not forget to entertain strangers, for by doing so, you have unwittingly entertained angels” (Hebrews 13:2). It is possible you’ve seen these messengers from God without even realizing it. Despite being mentioned countless times in the Bible and being all around us, there are still a number of popular myths circulating about angels that are completely untrue and not biblical. Here are five things everyone gets wrong about angels. As Christians, it’s important that we know the facts.

Myth: Angels Should Be Worshipped

Myth: Angels Should Be Worshipped

The Bible does not instruct us to pray and worship angels. In fact, Scripture forbids it. The Bible tells us, “You shall not make yourself an idol, or any likeness of what is in heaven above or on earth beneath or in water beneath earth. You shall not worship or serve them…” (Exodus 20:4-5). While we recognize the presence of angels and hold them with high regard, both prayer and worship should be offered to God alone because only He is worthy of worship and praise.

Myth: There is an Angel of Death

Myth: There is an Angel of Death

The angel of death is often described as a darkly beautiful creature whose sole purpose is to destroy human life. There are a few passages in the Bible such as the Passover story in Exodus 11:4-5 and in 2 Kings 19:35 that speak of angels taking life. In Kings, the angel actually takes the lives of 185,000 Syrians. But the truth really is that the angel of death is simply…death. The angels that take life in the Bible are not on a mission to destroy human life. They are following orders from God as faithful messengers.

Cherubs are commonly depicted in art as baby-faced angels – adorable, chubby and winged. You may be surprised to learn that this depiction is nowhere close to the way they are described in the Bible. In terms of hierarchy, the cherub is one of the closest to God, serving directly under Him rather than being a messenger. We know from Genesis that cherubs were assigned to guard the tree of life. We get a full description of their appearance in Ezekiel 1:5-11. We are told that they have an overall human form but their legs end in the hooves of a calf. They have four faces (that of a man, that of a lion, that of an ox and that of an eagle) and four wings that hide their human hands. When they move, their face never turns.

The halo, also called a nimbus, represents a radiant light above the head of a divine or sacred being. If you were asked to describe an angel, you would probably mention a halo in your characterization. While halos are commonly associated with angels, particularly in art and popular culture, angels were never mentioned as having a halo. In fact, halos are found nowhere in the Bible. Many ancient societies, including the Egyptians, Indians and Romans used a circular sign to suggest mystical or supernatural forces, such as angels at work.

This is another popular art depiction that is not biblical, though angels are often mentioned as flying. This is often interpreted to mean that they have wings. While wings are mentioned in the Bible, they aren’t a big part of any of the angelic stories in the Bible. The Seraphim, one of the highest ranking angels who stand before God, are described in Isaiah as having six wings. Only two of the wings were used to fly. The others were used to cover the angel’s face and feet. Cherubs, like those mentioned in Genesis, are usually described as having four wings.

Angels are powerful beings created to worship and serve God as well as protect His children: us. It’s important that we know these facts, so that we better understand the role of angels not only in the Bible, but also in our lives. It’s time to let go of these myths! 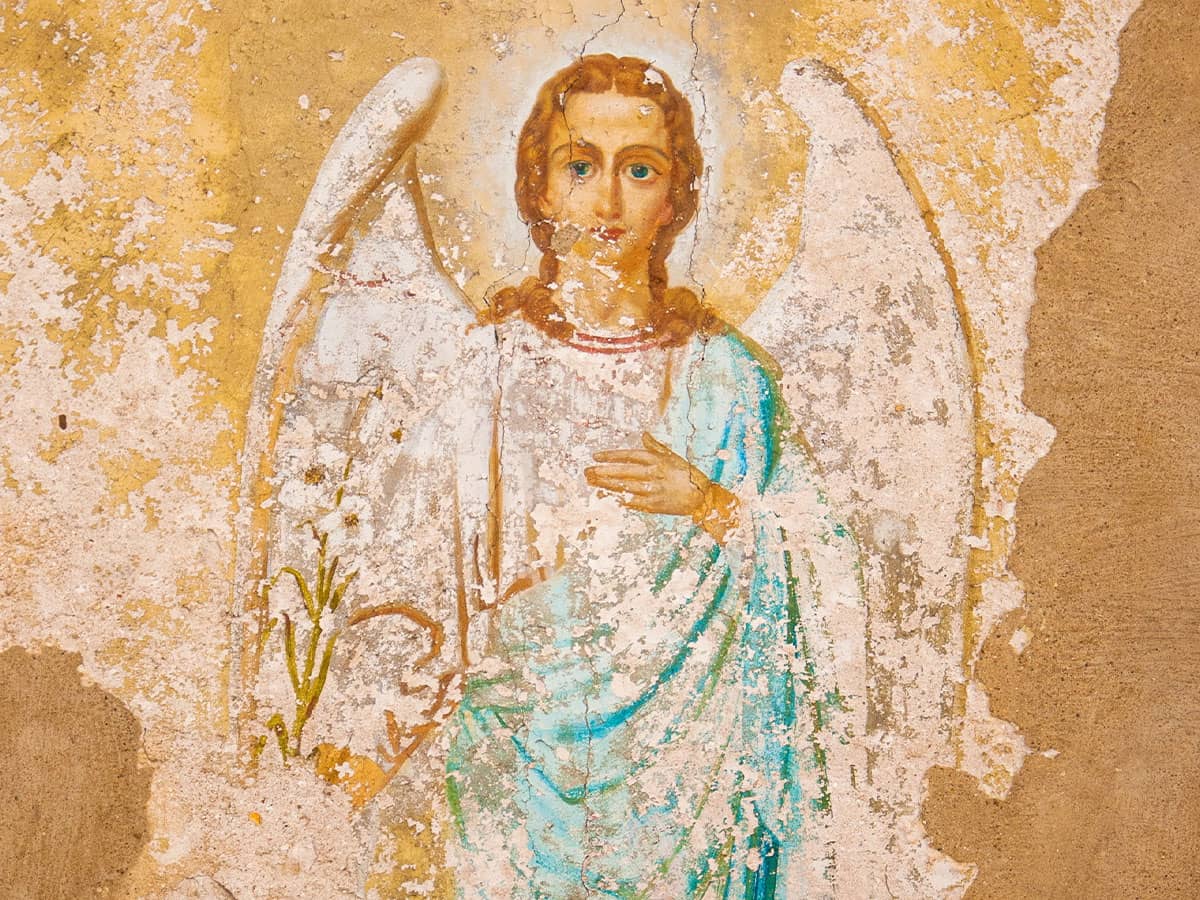 The 7 Archangels and Their Meanings
Connect to the archangel that specializes in the area of your life that you wish to improve. Read next feature >
Lesli White is a graduate of Virginia Commonwealth with a Bachelor’s degree in Mass Communications and a concentration in print and online journalism. In college, she took a number of religious studies courses and harnessed her talent for storytelling. White has a rich faith background. Her father, a Lutheran pastor and life coach was a big influence in her faith life, helping her to see the value of sharing the message of Christ with others. She has served in the church from an early age. Some of these roles include assisting ministry, mutual ministry, worship and music ministry and church council.