8 Ways to Be an Angel on Earth

Not all angels have wings.

Angels are God's messengers—the divine beings who do His will. But not all angels have wings. Sometimes, the one God sends to do His will in someone's life is a human being.

And we have to be ready to be someone's angel, to spread love into the world.

God does not simply love. God is love incarnate. His word and being give us the ultimate example of how to relate to one another, of how to alleviate the suffering of others, and of how to create a true sense of community amongst humankind.

So few of us are able to follow that example, though—it is uncommon to find the man or woman willing to reach out to the proverbial leper, as Christ did, in order to help heal the broken exactly where and how they are.

Laura Schroff and Alex Tresniowski’s 2016 book, “Angels on Earth,” shares profound stories of chance encounters with strangers, whose acts of kindness changed the lives of others for the better. Books like this are an act of kindness in and of themselves—sometimes we need to read or hear of the kindness of others in order to spark that quality within ourselves.

If we allow goodness to flow from God to us, and finally, to others, we can act as God’s angels in this world. In light of this, let’s take a look at the 8 types of action, from Shroff and Tresniowski's book, that show how you can be an angel on earth.

An Act of Kindness

An Act of Kindness

The thing about Christian acts of kindness is that they are not random. They are intentional. They are purposeful representations of the character of God, carried out because we know it is right to do so, and because we wish to show others who God truly is.

Kindness, at the human level, is also contagious, creating further acts of kindness. Those who bring this into the world are truly angels on earth.

One such example of this can be found in the story of Ashlee Buratti’s son, a six-year-old who suffers from epilepsy and a form of autism.

When the boy invited his classmates to come to his birthday, not one of them showed up, and so Ashlee took to Facebook to express her heartbreak over her son’s predicament.

The local community, though, didn’t let that heartbreak last for long.

Ashlee was quickly inundated by request from other parents, who asked if they could bring their children to her son’s birthday party. In the end, around 15 children attended, keeping Ashlee’s son in the best of company.

But that’s not all—the local police station lent a hand as well, flying a helicopter over the boy’s home, delighting him.

The divine is present whenever an individual or a community comes together to act in kindness. This particular boy was fortunate enough to have an entire host of angels came to his rescue.

The ability to bless others—and the perception required to see such opportunities—is an angelic quality. It’s one thing to act in a way that costs us no time, money, or energy, but quite another to do good for others in a way that does.

Our lives are better when lived in purposeful love rather than instinctive fear. When we say “yes” to someone’s need, even though it may cost us, we put a very special sort of kindness into the world.

When blogger Daniel Day encountered a homeless man holding a sign that read, “Hungry. Need food. God bless,” he could have simply said no and walked away.

Day did initially drive away, but his consciousness just wouldn’t let his no stay a no. He arrived home and suddenly proclaimed, to his wife, that he was tired of being someone with mere “good intentions,” rather than “good actions”.

Day and his son drove back to the homeless man, picked him up, and took him to dinner. After a few moments of awkward silence, the conversation began to flow, and the homeless man, whose name was Abraham, left feeling valued—feeling human.

When we allow ourselves to say “yes” to opportunities to help others, we enter a mindset that allows us to bless the world.

An Act of Outwardness

An Act of Outwardness

Despite what others may say, we are all, in fact, responsible for our fellow man. When an angel becomes aware of a need, it gets filled. So it should be for us.

61-year-old Alan Barnes was born with growth and sight disabilities which left him frail and vulnerable. Someone noticed, and took advantage of the man’s weaknesses, violently mugging him outside of his home as he took out his trash, leaving him traumatized and suffering from a broken collarbone.

Barnes, who has never held a job due to his disabilities, and instead, does volunteer work for his local church, was too afraid to return home after the incident.

Cue his angel. Katie Cutler, a beautician, recognized a Barnes’s need when she became aware the story, and began to devote her time and energy to setting up a fundraising page to help Barnes rise from poverty and move to a better area.

Her efforts paid off. Surpassing her initial goal of about $600, she solicited donations exceeding $225000. Subsequently, lawyers and tradesmen have also offered their services to Barnes.

“I always knew there were good people in the world, and this has confirmed it,” said Barnes.

Cutler’s act of outwardness renewed one man’s belief in good people. What can yours do?

An Act of Awareness

An Act of Awareness

Beyond being willing to be kind to others, it takes a special sort of person to perceive the often subtle needs of others.

Becoming aware, in this context, means learning what to look for—it means opening our eyes and looking past the self, out to the hurts and pains of others. Being aware also means that we intentionally ask the question, “Why is this person now coming into my life, and how can I be kind to them?” After all, we don’t come into people’s lives by mere chance.

One such example of awareness is that of Carlos Vasquez, owner of a dry cleaner in East Side New York, which affixed a sign to its door which read, “If you are unemployed and need an outfit clean for an interview, we will clean it for free”.

Vasquez sensed a need within his community, choosing to look past his own day-to-day business of work and profit, peering into the needs of a group of people who required his help during the Great Recession.

“It’s to thank them for the support that I get around here,” Vasquez says of his charitable actions, “for letting my business keep going.”

For the unemployed in Vasquez’s city, the shop owner was a true angel on earth.

An Act of Uniqueness

An Act of Uniqueness

Each of us has unique strengths, skills, and abilities that make us who we are. Some are incredibly talented in one particular area, while others have skills that are spread across multiple areas—no matter what, though, you are unique, and you have something unique to offer to the world.

Never think that you cannot be an angel to the world because you don’t have riches or musical talent or time. You have you—of which there is only one. And you are important.

One particular strength is the ability to be prepared for any situation. When Hurricane Sandy left parts of New York without power, certain homeowners were ready for the disaster. They fired up their generators, regaining their supply of electricity.

Now, they could have hoarded it all for themselves—gas, after all, is expensive. But, no—these few homeowners decided to run extension cords from their generators and fill tables outside of their homes with outlets into which passersby could plug and charge their phones and laptops.

Being without power for a long period of time is scary enough without also being cut off from all communication. These homeowners made use of their unique sense of preparation to do some good in their neighborhoods, and hundreds of people were all the better for it.

An Act of Clearness

An Act of Clearness

When we act in clearness—the ability to look past our prejudices and preconceived notions and see the potential in others—we see with an angel’s eyes.

To see this in action, we needn’t look at any one story.

Simply think of your favorite teacher—you know, the one who wouldn’t give up on you for anything.

Teachers are often the best examples of people who act in a state of clearness, who, despite your problems, your disabilities, your troublesome home life, or your angry disposition, see the potential for greatness within you.

They’ve long since done away with the presuppositions which tell the average person that such kids are hopeless, that they’ll grow up criminals or lowlifes or deadbeats—these peoples’ eyes quickly cut to the core of not who their students are, but who they can be.

And they work to bring that person out with angelic determination.

An Act of Connectedness

An Act of Connectedness

Heaven and Earth are more connected than you think.

The love that connects one person to another continues to thrive, even when one of those people passes away. And that love can still do good in this world. The loving threads which bind us in life survive indefinitely if we keep connecting them to others.

There are countless foundations and charities that were founded on just this principle. The Susan G. Komen for the Cure charity, for instance, is named after Susan Komen of Peoria, IL, who developed breast cancer at the age of 33, dying three years later in 1980.

Love and kindness need not be stopped by death—when we deal with loss through goodness and charity, we turn what could have been an emotional defeat into a victory for us all.

These stories of love, kindness, and connection remind us that God is always near us, working through others and making angels of all those who take heed of His whisperings. Remain mindful of these categories of action, of how you can be God's angel to those who cross your path.

Do so, and you'll make the world a heaven 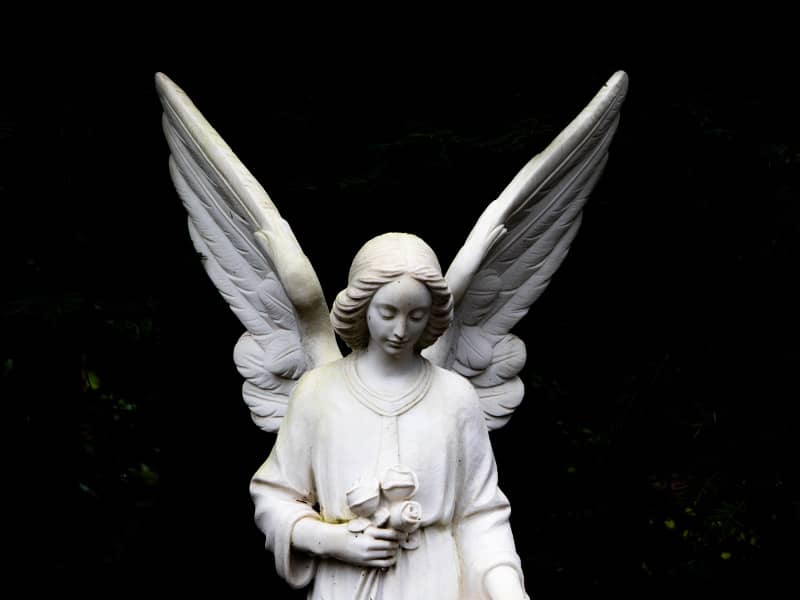 The 7 Archangels and Their Meanings
Connect to the archangel that specializes in the area of your life that you wish to improve. Read next feature >
Wesley Baines is a graduate student at Regent University's School of Divinity, and a freelance writer working in the fields of spirituality, self-help, and religion. He is also a former editor at Beliefnet.com. You can catch more of his work at www.wesleybaines.com.