What did the angel Gabriel look like when he appeared to the Virgin Mary? And, did she see an angel again after the annunciation? Read answers to your frequently asked questions about the roles of God's winged messengers during the birth of Jesus. 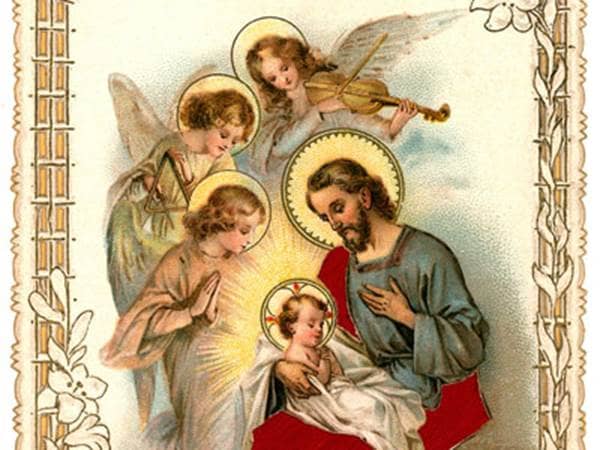 When Angels Appeared One Night

Learn more about the angels that played an important part in the Nativity story.

What did the angel Gabriel look like when he appeared to the Virgin Mary? And, did she see an angel again after the annunciation?

Read answers to your frequently asked questions about the roles of God's winged messengers during the birth of Jesus.


Painting: A vintage Christmas nativity greeting card with angels (circa 1898). 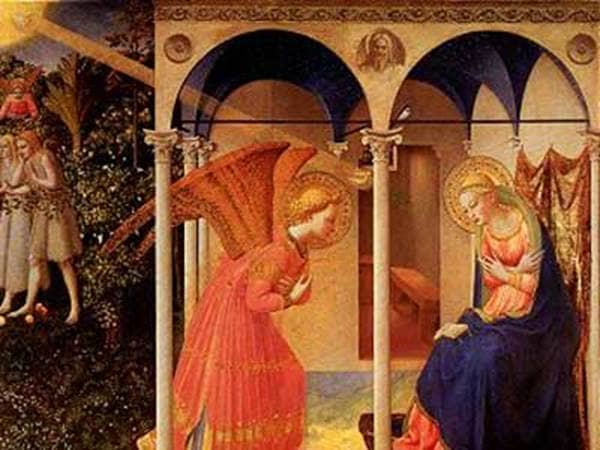 How Many Times Did Angels Appear?


Painting: "The Annunciation" by Fra Angelico 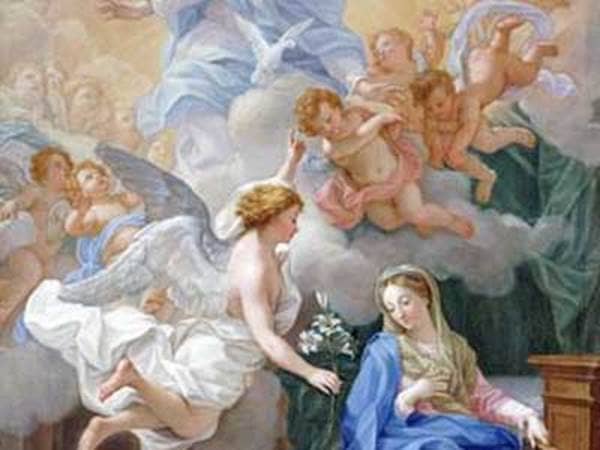 What Did the Angels Have in Common?

The word "angel" is derived from the Hebrew and Greek words which mean "messenger." In all five accounts, the angels that are a part of the Christmas story were delivering a message.


Painting: "The Annunciation" by Giovanni Odazzi 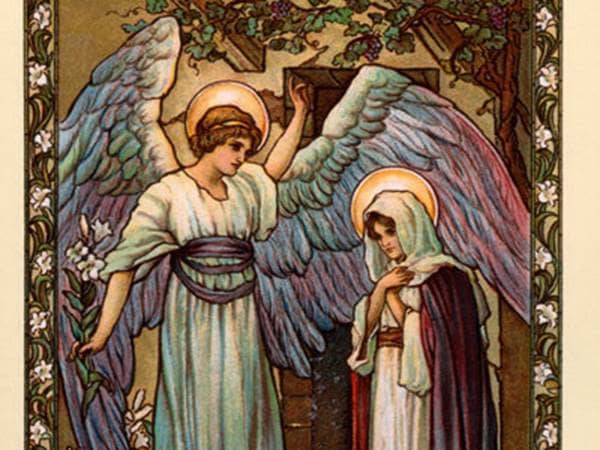 The Bible does not tell us. The text simply says that Mary was greatly troubled at Gabriel's greeting but not his appearance (Luke 1:29). The earliest Christian paintings depicted Gabriel in the form of a man during the annunciation. Hundreds of years later, artists began to paint him as an angel with wings. 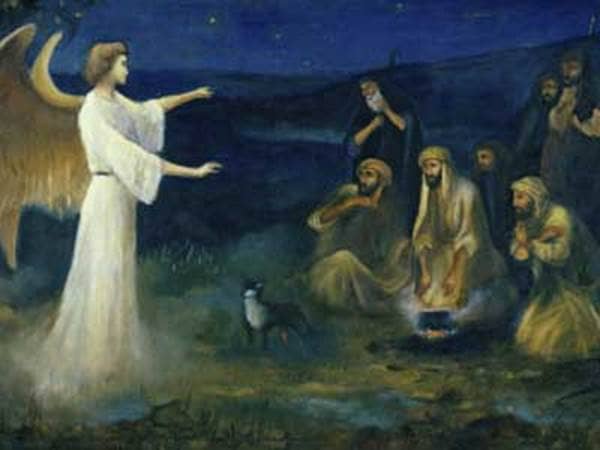 The angel is not described, but it must have been clothed in celestial light. The Bible says, "The glory of the Lord shone around them, and the shepherds were terrified" (Luke 2:9). When a multitude of angels filled the sky, the heavens must have been filled with a spectacular light show.


Painting: "Angel Announcing the Birth of Christ to Shepherds" by Robert Leinweber 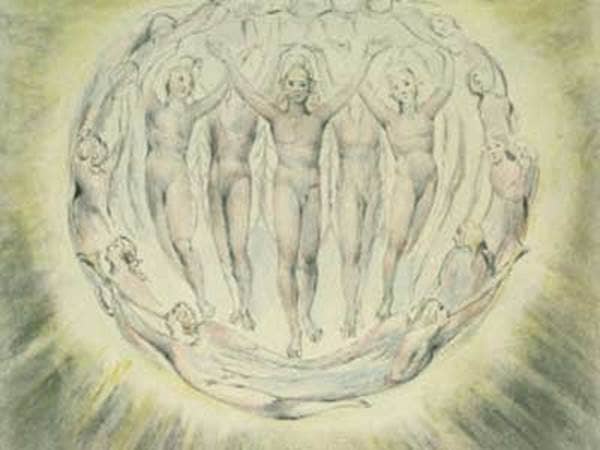 What Did the Angels Sing to the Shepherds?

"Hark the Herald angels sing..." are the lyrics to a beloved carol. But do angels really sing? Luke 2:13 shows the angels "praising God and saying" (King James Version). The New International Version shows angels "praising God proclaiming." This doesn't mean angels never sing. The Apostle John heard the angels sing in Revelation 14:3. He wrote, "and the angels sang a new song, saying," but he introduces the words "they sang" with "saying."

On that first Christmas the heavenly hosts could have been a verse-speaking choir. More likely it was a great anthem of joyful praise.


Painting: "The Annunciation to the Shepherds" by William Blake 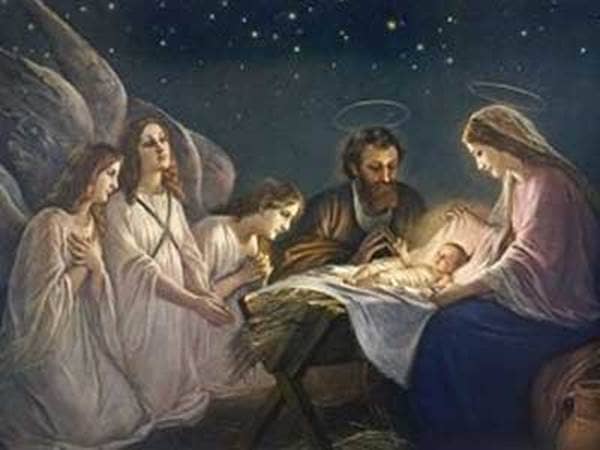 What Message Did the Angels Bring?

The King James Version translates Luke 2:14 as "peace, good will toward men" based on the word eudokia (a nominative noun). Scholars have discovered earlier Greek manuscripts with an extra s added to eudokia changing it to eudokias (a genitive noun). The New International Version uses this insight to translate the verse as "Glory to God in the highest, and on earth peace to men on whom his favor rests."


Painting: "Joseph and Mary Admiring Their Son are Joined by a Trio of Angels Who are No Less Impressed" by an unknown artist 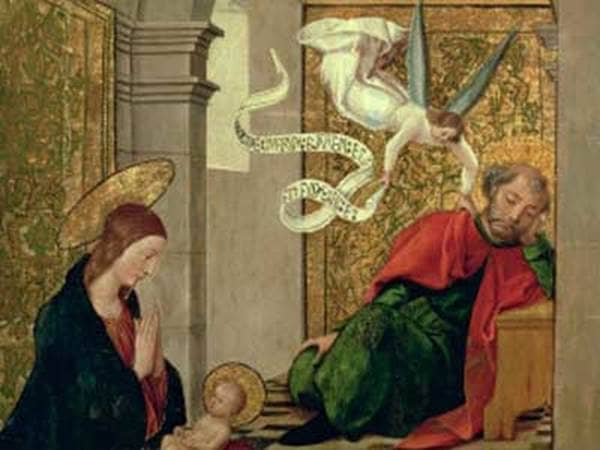 How Did an Angel Appear to Joseph?


Painting: "The Dream of St. Joseph" by Juan de Borgona 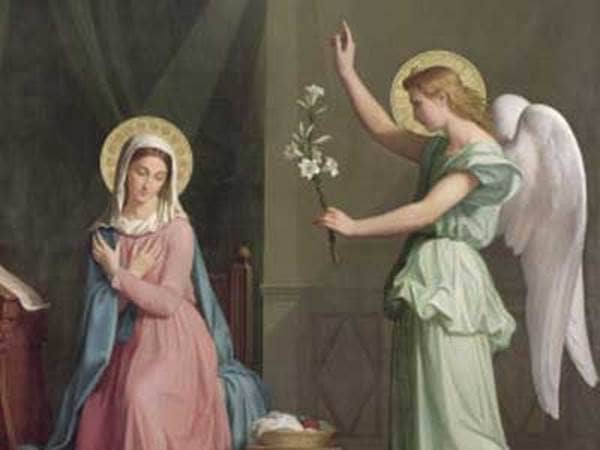 How Often Did Mary See Angels?

There is no account in the Bible that Mary ever saw an angel again. By faith she had to face the difficult events surrounding her pregnancy such as the journey to Bethlehem and the search for a room. It must have been a tremendous joy for Mary when the shepherds arrived and said the angels announced the news about the birth of Jesus.


Painting: "The Annunciation" by Auguste Pichon

Shepherding the Christmas Angels
Discover more behind the story of the shepherds and angels.

A Specific Miracle for Christmas
Unemployed during the holidays, an angel's voice gave me hope....

Gift of the Magi in a Coffee Shop
My coffee guy always helped me start my day. One Christmas Eve, I returned his kindness.

Threadbare Worshippers
Why the shepherds understood babies, animals, and the chilling manger scene. 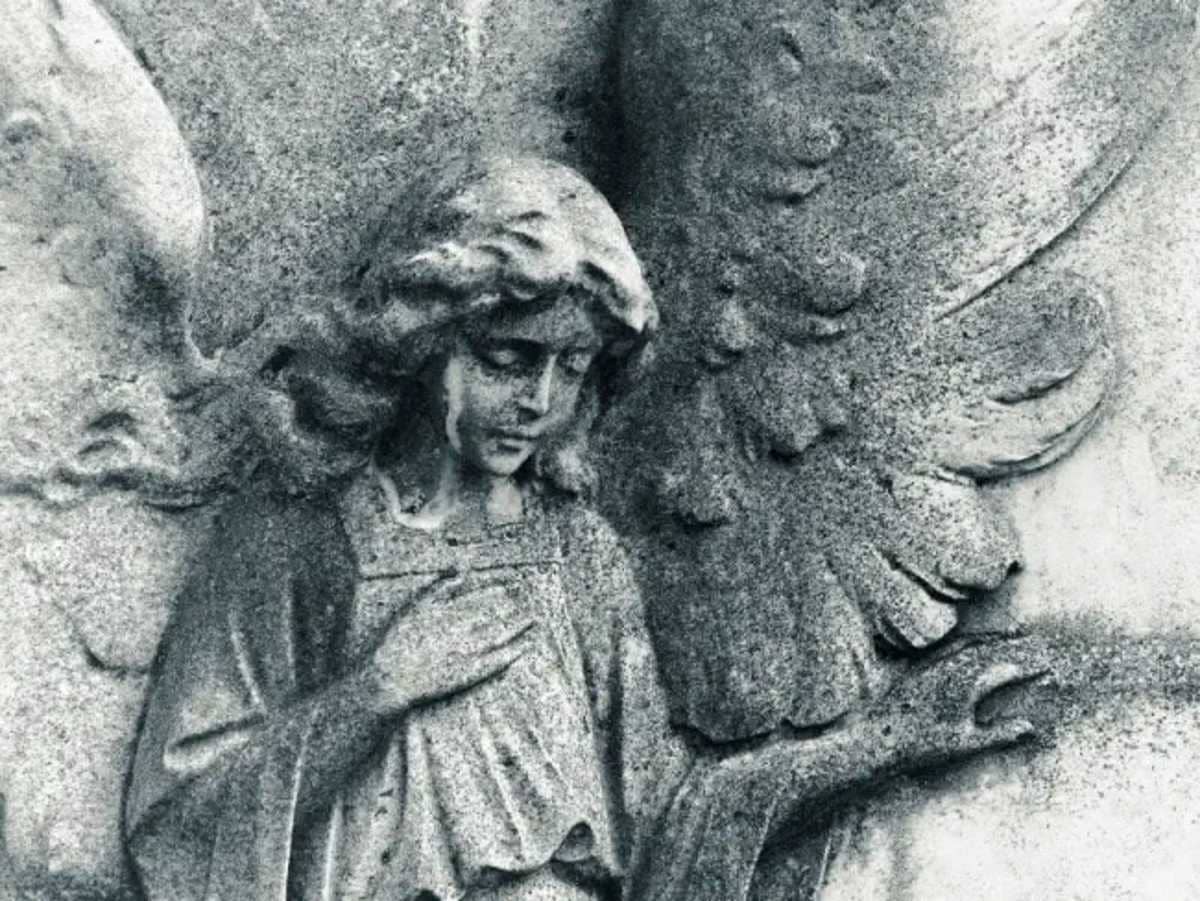 11 Types of Angels For Every Need
No matter your problem, there is an angel that can help. Read next feature >