8 Stories of Love That Will Inspire

Kindness is everywhere, if you stop and look.

If you turned on the TV today, you might quickly get stressed out and heartbroken. With all the violence that is being shown, you might think that there is no love left in this world. The wars and violence seem constant. You might feel like there is no hope for humanity, so there is no point in trying to be kind, compassionate or loving.

However if you stop and look around, there are still people that go out of their way to show love to others, even complete strangers. By doing so they are making the world a happier place to live in. Here are stories of love, compassion and kindness that will inspire you to also be better in this world.

There's a Boston dad who sets a good example for his kids by still surprising their mom, his ex-wife, with flowers, cards, and breakfast on her birthday. After being questioned by many people about his actions, he decided to explain in a Facebook post. He said, "I'm raising two little men. The example I set for how I treat their mom is going to significantly shape how they see and treat women and affect their perception of relationships." What might seem weird to some is really a great act of love.

An Oklahoma woman named Keri was pregnant with a baby girl, whom she had named Eva. Unfortunately at her 19-week ultrasound, Keri learned that her daughter did not have a brain. Approximately around this same time, Keri's husband Royce went to New Orleans for NBA All-Star Weekend and met an inspiring young kid, Jarrius, who was in need of a liver transplant. That interaction quickly sparked an selfless idea in Keri. She would continue to carry her baby girl full term and donate her organs to another family who needs their own miracle. Royce wrote in a Facebook post, "It hit me that not only am I married to my very best friend, but to a truly remarkable, special human being."

In the predawn hours of a Saturday morning in January, an arsonist set fire to the Victoria Islamic Center, a mosque in Victoria, Texas. The fire gutted the building, but the shocked community immediately responded with love. The Jewish and Christian communities of Victoria quickly stepped up, offering their churches and a synagogue for worship to the congregation of fewer than 150 people. And within days, a GoFundMe account set up to raise funds for rebuilding the uninsured structure surpassed the goal of $850,000, raising more than $1 million from people of all beliefs.

Derrick Taylor, not wanting to burden or rely on others for rides, had been walking a 10-mile roundtrip commute to work—much in darkness—for more than a year. Taylor, 19, had been working since the age of 14 to support his sick mother. Impressed by his work ethic, UPS co-workers pooled their resources to buy the Alabama teen a Jeep Cherokee. He was moved to tears by his colleagues’ gesture and couldn’t believe he was so loved by his team. It truly was an act of kindness.

Alaska Airlines pilot Jodi Harskamp donated a kidney to flight attendant Jenny Stansel, and did so without thinking twice about it. “I lose a kidney and she gets to live,” Harskamp reasons. “It’s pretty easy. There’s really no question.” The captain didn’t hesitate, despite the small chance she could never fly again if having only one remaining kidney left her too weak to pass stringent pilot health standards. She knew it was the right thing to do. Things have worked out well so far for the pair, and the Anchorage women hope to fly together for the airline soon.

Florida State wide receiver Travis Rudolph had no idea the joy he would bring to mother Leah Paske when he sat down to have lunch with her autistic son in his school cafeteria. Rudolph, who was visiting the middle school along with other FSU athletes, noticed the boy sitting alone, so he took a seat and joined him for a few slices of pizza. Rudolph’s sweet gesture brought tears to the mother's eyes when she received a picture of the two eating together at lunchtime. Marking a moment she’ll never forget, she took to Facebook to exclaim her joy: “This is one day I didn't have to worry if my sweet boy ate lunch alone, because he sat across from someone who is a hero in many eyes. Travis Rudolph thank you so much. You made this momma exceedingly happy.”

To Protect and Serve

On a cold New York City night, police officer Larry DePrimo noticed a homeless man barefoot and freezing on the sidewalk in Times Square. One such a cold, snowy night the officer knew he couldn’t leave the man there like that. The officer went into a Skechers store nearby and bought the elderly man a pair of winter boots and socks. Although he never got his name, DePrimo described the man as the “the most polite gentleman I had met,” reports The New York Times. This one small gesture of compassion shows that cops really are here to help protect and serve.

Like many in America, Nanette Garvey was struggling to keep up with her finances and provide for her family.

Nanette, a single mother of five, had recently lost her job and was feeling the financial pressure heighten as the holidays grew closer. However, her spirit was quickly rejuvenated when she was given a make-over, followed by a job offer, all thanks to an organization called "Style Me Hired." After Nanette's make-over and job offer, she was then further surprised when she was asked to jump aboard a fire truck that was filled with presents for her children, an even happier ending, to an otherwise amazing moment.

Being kind and loving to one another is what makes the world a better place to live in. Don’t let the depressing news cycle get you down. There are stories of love everywhere if you just stop and look out for them. If you can’t find any, start doing random acts of love yourself. 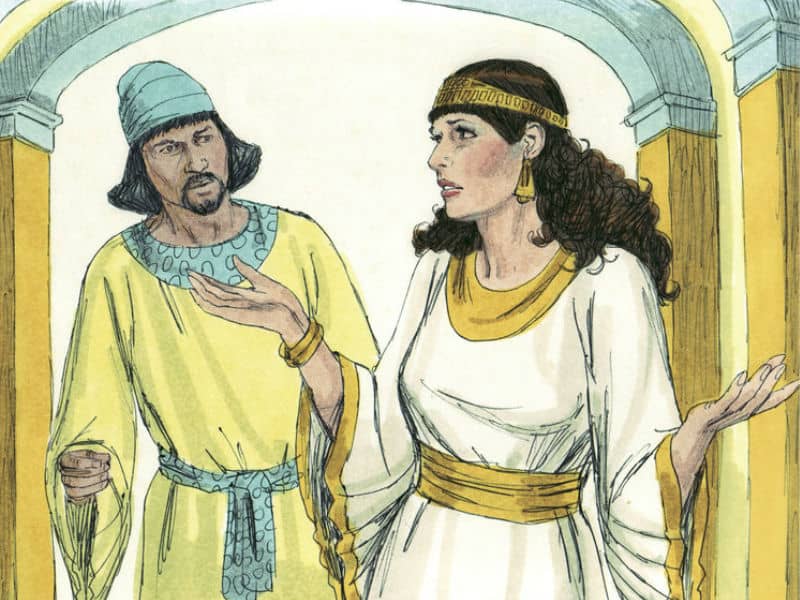 Who is Esther in the Bible and Why is She Important?