Everytime that you smile, your brain has a party.

Meow, hiss and back off! Does this sound like you beyond the typical morning and well after the alarm goes off? Well, you little old grumpy pants, you better start changing that terrible disposition by smiling. Yes, even if it is forced. One in 10 adults in America relies on some kind of medication for depression or anxiety. The numbers are even harsher, according to the National Institute of Mental Health as more than 16 million adults experienced at least one major depressive episode every year. The World Health Organization (WHO) also found that over 200 million people worldwide suffer from depression. This is where the smiling part comes into play. “A smile is a combination of factors that communicate a sense of well-being to those who see it,” said Dr. Jamie Reynolds, an orthodontist, national and international lecturer and author of World Class Smiles Made in Detroit. “A smile works on both the physical and emotional level to transfer positive feelings between the parties involved.” If you are feeling irritable, angry or sad maybe a shift of positive vibes from flashing a smile is in order as Reynolds suggested. Here are 7 reasons why smiling is beneficial for you.

Smiling releases natural painkillers that are called endorphins and dopamine to help level out your mood. They also release serotonin that helps the body fight infection and boosts the immune system. These chemicals act like a natural anti-depressant. But how does this work? When you smile, you are using the muscles in your face and these movements trick the brain into releasing those feel-good chemicals.

Smiling is just as good as eating chocolate.

We heard how chocolate can really boost your mood, but smiling can do the same thing! It has a therapeutic impact on your system by reducing stress hormones like adrenaline and cortisol. Smiling can increase the mood-enhancing endorphins the same way as chocolate does. "British researchers found that one smile can provide the same level of brain stimulation as 2,000 chocolate bars while lowering blood pressure at the same time," Reynolds said. Instead of chocolate, go for a smile, it sure beats the calories!

Smiling can make you more approachable.

People are more attracted to people who smile. This might help you attract more positive people into your life. When you are smiling more and are happier, you are more congenial. This makes you a better commodity than someone who looks like they want to kill someone. A study conducted by Golle, Mast and Lobmaier found: “The activity in the brain’s reward system when viewing attractive faces was modulated by expressed happiness of the face.” Conversely, the second study by the team showed that facial attractiveness also influences the evaluation of happiness. It was easier to choose the happier of two faces if the happier face was also more attractive. "We discuss the interrelationship of happiness and attractiveness with regard to the evolutionary relevance of positive effective status and rewarding effects." Smiling not only makes you feel better but makes you a lot sexier.

Smiling is good for the heart.

When you laugh the body creates a natural pain reliever by releasing endorphins and this lowers your blood pressure. People who were monitored for blood pressure after smiling saw their pressure drop. Researchers from the University of Kansas found that people who smiled also had lower heart rates. "If you're happy, you perceive stress differently and feel less threatened," said Sarah Pressman, Ph.D., the lead author of the study. When you are stressed, you can protect your ticker and your overall health by flashing a grin.

Smiling makes you stand out during job interviews.

No one wants to work with a grump. A person having a smile on their face will stand above other applicants who have a stone-cold look on their faces. Even if you are not a grumpy person, not smiling could be misinterpreted as such. Smiling can reap benefits beyond the interview. Once a person who smiled was hired, they have more of a positive influence on people that they interacted with. Pretty much, most people will be more satisfied with the person who beamed a smile than those who did not.

Smiling actually retrains your brain for the better, author Shawn Achor explained. He asserted that if you smile enough, you will be retraining your brain to start choosing to be more positive. By doing this, a better pattern will start to develop. The more we train the brain, the easier it will be to stop negativity from developing in our lives. The results could be a boost in productivity and a boost in reasoning as well. “Happiness is a work ethic. It’s something that requires our brains to train just like an athlete has to train," said Achor. Start practicing your smiling abilities for a sharper mind.

Smiling may boost your creativity.

When we start smiling more, we become more chill about life. What happens is we start to declutter our minds and gain a better perspective on things. This can really open the channels of creativity more in your life. You will enjoy your creativity in a fresh way because as we mentioned smiling releases those feel-good chemicals like endorphins and dopamine. This helped people process information better, helped them in their decision-making and allowed them the freedom to tap into more creativity.
Smiling is just an overall good thing for us to do and is something that is free and accessible to all of us. Perhaps this is a mechanism to help us cope and even thrive when we need it the most. You really have nothing to lose by trying to smile more and more often.
Corine Gatti-Santillo is a freelance digital journalist, editor, and content producer. She is also the The Christian Post Voices Editor. She is also a former editor at Beliefnet.com.
next feature 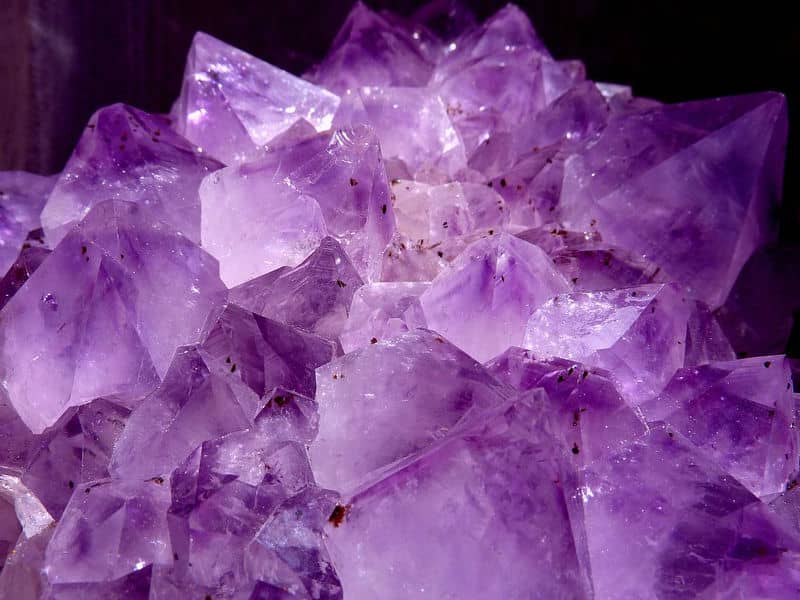 5 Crystals That Will Help You Overcome Depression and Anxiety

more from beliefnet and our partners
Add some inspiration to your inbox.
Sign up for Beliefnet's Inspiration newsletter.
From time to time you will also receive Special Offers from our partners